Ink announces a new animated TV series in development based on Subway Surfers, the smash-hit app that is one of the hottest new brands in the gaming sector. 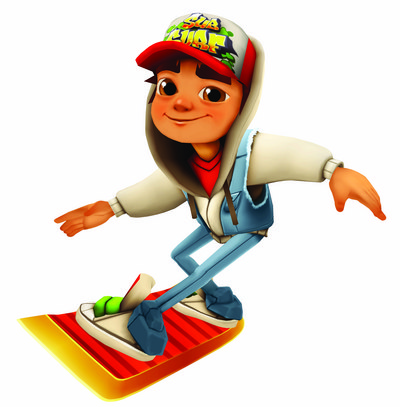 Ink has announced that a new animated TV series is in development based on Subway Surfers, the smash-hit app that is one of the hottest new brands in the gaming sector. The Subway Surfers app is based on an award-winning short animated film created by SyBo founders Bodie Jahn-Mulliner and Sylvester Rishøj in 2009.

Created by Copenhagen, Denmark-based SyBo Games for iOS and Android platforms, the free-to-play Subway Surfers is now one of the most played apps in the world -- an astonishing achievement for a game that only hit digital shelves in June last year. With over 300 million downloads to date, Subway Surfers has generated a huge amount of interest from the licensing sector. A successful consumer product program is already in place in North America, with all key categories signed, and a global network of sub-agents has been appointed to help facilitate the property’s growth.

The upcoming animated series is a European/Canadian co-production and will comprise 26 x 13 minute episodes, which will star the game’s cast of quirky characters and build on core themes such as travel and exploration, as well as channelling the fun and vitality that has made the app such an enormous success.

“Subway Surfers lends itself absolutely perfectly to animation -- it actually started life as a short cartoon film so, unlike many other games, it already has a rich back story,” says Ink Director Claus Tømming. “Combine this with the fact that it is whole lot of fun and you have a TV hit on your hands! We are really excited to see the finished product and given there is such a large existing fanbase I’m sure that it will create an enormous buzz when it hits the small screen.”