Submit Your Work to SPARK ANIMATION 2017 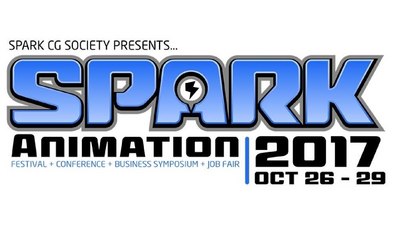 VANCOUVER -- Spark Computer Graphics Society is set to present SPARK ANIMATION 2017, a celebration of creativity, inspiration, and innovation in Animation from around the world. The event opens on October 26th in Vancouver, Canada.

In 2016, four out of the five Academy Award nominated projects screened at SPARK, including Vancouver director Robert Valley’s Pear Cider & Cigarettes which won second prize at the festival.

In 2016, SPARK ANIMATION received more than 700 submissions representing over 60 countries. The festival is very proud of the diversity it provides, ensuring a mix of animation styles, a diaspora of cultures, languages and a wide range of storytelling from CG, the traditional to the abstract.

Filmmakers, studios, and students are invited to submit their projects for festival consideration. The festival accepts all styles and forms of animation including narrative short films, commercials and PSAs, music videos, game cinematics and feature films. Regular submission deadline is September 1, 2017, while the extended deadline is September 11, 2017.

For more information and to submit a film, visit the Festival Submission page at https://filmfreeway.com/festival/SPARKANIMATION.