Four more days remain for animated short film submissions, while feature films can be entered up until July 31, to compete for over 2,000,000 JPY in prizes. 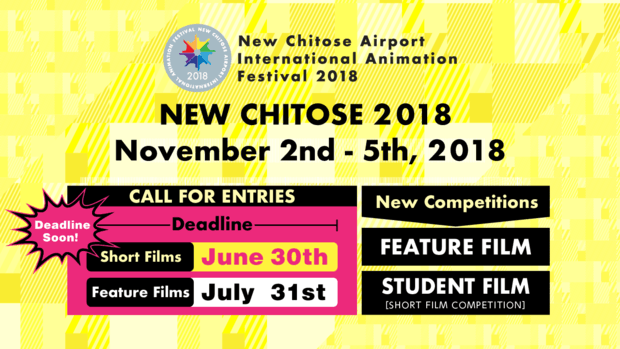 The short film submission deadline for the Chitose Airport International Animation Festival, the one and only "Airport Festival," is only four days away. Do not forget to send your films via the online submission form or Film Freeway by June 30th. See details on the festival’s official website at http://airport-anifes.jp/en/competition/. This year, a student film category has been added to the shorts competition. Feature Films can be submitted up until July 31st. Please check http://www.airport-anifes.jp/en for information about the event.

Announcement of the selection for short films: The End of August

Announcement of the selection for feature films: The End of August or the beginning of September