From ON Animation Studios, the producers of ‘The Little Prince,’ the first feature film inspired by the famous toy figures will open this year’s Annecy Festival. 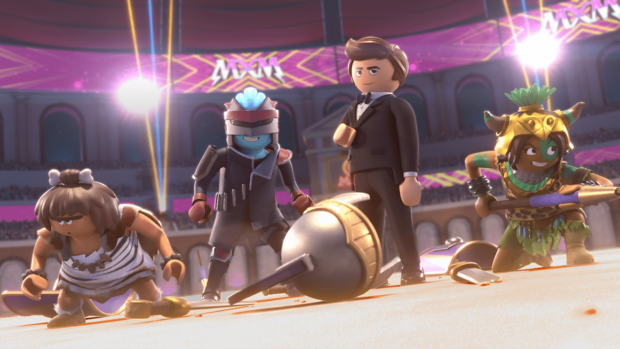 Set to open the Annecy Festival this June, Playmobil: The Movie is the first feature film inspired by the famous toy figures. The movie will be released in France by Pathé Distribution on August 7 followed by a global rollout. A U.S. release date is et to be announced.

Written by Blaise Hemingway, Greg Erb and Jason Oremland, the film follows the story of Marla, who goes in search of her little brother Charlie when he disappears into the Playmobil universe.

“Playmobil: The Movie is an action-packed animated adventure led by a fantastic cast and the inimitable Lino DiSalvo,” Adam Fogelson, Chairman of STXfilms, said in a statement. “We’re thrilled to partner with On Animation Studios on this fun and original project, and look forward bringing a fresh take on the iconic Playmobil toy to the big screen for audiences across the U.S.”

DiSalvo worked nearly 17 years at Disney and is especially known for his role as Head of Animation on the studio’s Oscar-winning feature Frozen. His other credits include Supervising Animator on both Tangled and Bolt, as well as Meet the Robinsons, Chicken Little, 102 Dalmatians and Reign of Fire. He served as Creative Director for Paramount Animation before joining Paris-based ON Animation Studios as Head of Creative. Playmobil: The Movie is DiSalvo’s directorial debut.

Playmobil: The Movie is produced in Montréal by ON Animation Studios, part of the ON Kids & Family group based in Paris.