The deadline for submissions of animated films produced after October 1, 2013 is December 1. 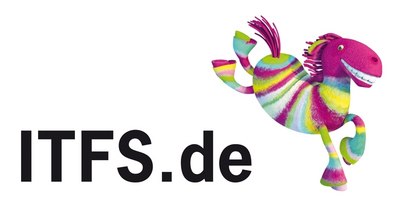 The Stuttgart International Festival of Animated Film (ITFS) has issued a call for entries for the 22nd edition of the Festival, which runs May 5-10, 2015.

One of the most outstanding events for animated film worldwide, the Festival encompasses the entire spectrum of animation production, including the intersections between games, architecture, art, design and comedy. With GameZone, the ITFS takes an especially close look at transmedia and the convergence of animation and computer games. The Festival offers directors as well as production and distribution companies a platform to present their films to an interested and large audience as well as countless members of the industry.

Founded in 1982, the Festival has developed into a leading event for animated film in Germany and is regarded as one of the most important and biggest events for animated film around the world. Stuttgart‘s city centre provides a one-of-a-kind backdrop for the Festival’s open-air film screenings, employing a large LED projection screen that allows for shows of animated short films and popular features to be screened day and night. In 2014, around 85,000 visitors came to Stuttgart and watched more than 600 films at the open-air screenings at venues in the city centre, and at venues in Ludwigsburg.

Artistic animation and the promotion of up-and-coming talent make up the core of the ITFS. The various competition categories award cash prizes totalling more than 50,000 euros. Together, the ITFS, the Animation Production Day, and the first-class industry conference FMX have developed into an important platform for the financing and development of animated projects.

Animated films produced after October 1, 2013 can be submitted for the following competition categories:

The deadline for submissions is December 1, 2014. For more information and submission guidelines, visit www.itfs.de/en/festival.