Animated Com Award is awarded to France’s Arnaud & Jérôme for the trailer for the World Championship of Free2Play Games, ‘League of Legends: Warriors,' produced at Passion Paris.

Stuttgart – The winners of the 22nd Stuttgart Festival of Animated Film (ITFS) Animated Com Award have been announced. The competition awards the best applied animation in the fields of advertising, spatial communication and technology. Prizes will be handed out at the awards ceremony for the 2015 edition of the festival, to be held on May 9.

Within the Advertising category, Great Britain’s Manvsmachine received the award for their commercial for Nike, “Nike Mercurial Superfly IV.” Describing the project as “a feature film in 54 seconds,” the five-member jury commented that, “The idea is new, clear, convincing and technically excellent. Plus it brings joy. Essential traits of successful and creative advertisement.”

The Animated Com Award for Technology was awarded to “Ghost Peloton” by the U.K.’s Mark Huskisson. “LED technique isn’t new,” the jury commented. “Bicycling isn’t new. But the fact that usual technique develops to a new, spatial unlimited light art by moving and dance performance, is fascinating.”

Within the Spatial Communication category, “Smart Ampelmännchen” by Germany’s Marten Persiel was given the award. “An automobile manufacturer makes pedestrian lights ‘smart’ -- you see yourself and the others as dancing figures -- and you don’t mind waiting at the red sign,” the jury wrote. “That’s how you like safety technology!”

Nate Theis (U.S.) and his production “Driving” won the 2,500 €. special prize, Future needs Derivation – Mobility in a Digital World, sponsored by Daimler AG. The jury chose the film “because the animation captures an everyday traffic situation and makes it ad absurdum by its exaggerated narrative style, plus the story and the images polarize the viewer.”

The Lapp Connected Award (also 2,500 €), sponsored by U. I. Lapp GmbH, went to “Pass It On” by Teresa Cruz. “The short film manages it in a likeable way to visualize the context of creativity with machines, electronic and production processes,” the jury commented. 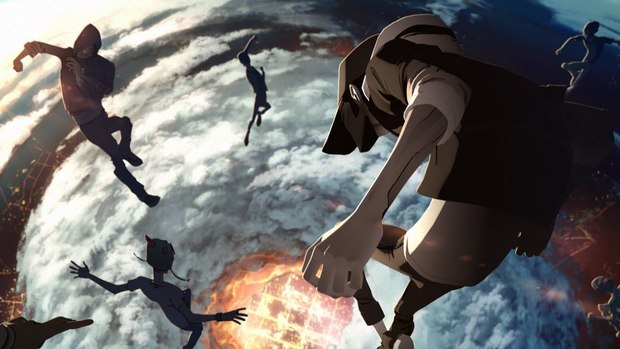