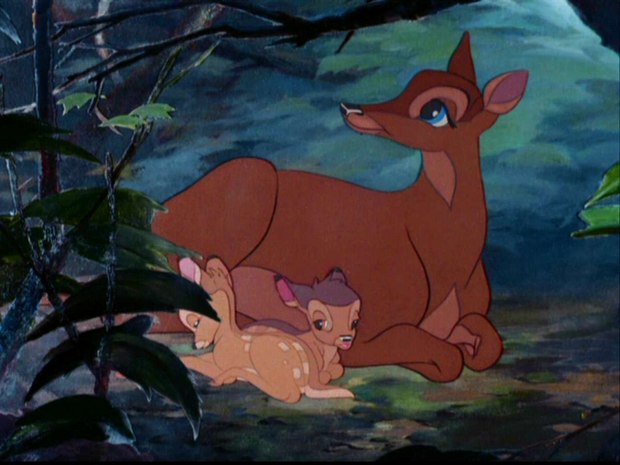 Since the advent of Betamax and VHS, childhood nightmares inspired by Hollywood films made for the younger set are a rite of passage virtually every kid -- and parent -- has undertaken. Many assume that entertainment for kids is less scary than the offerings meant for grownups, but a new tongue-in-cheek study -- “CARTOONS KILL: Casualties In Animated Recreational Theater In An Objective Observational New Study Of Kids’ Introduction To Loss Of Life,” -- released this week by international peer-reviewed medical journal BMJ challenges that belief.

The study, led by Canadian epidemiologist Ian Colman of the University of Ottawa, compared the top grossing animated children’s movies from 1937 to 2013 with the two top grossing films for adults from those years. Researchers looked at 45 top-grossing animated children's films and 90 dramatic films for adults, finding that two-thirds of children’s movies depicted the death of an important character while only half of films for adults did. They also found that the main cartoon characters in children’s films were two-and-a-half times more likely to die, and three times as likely to be murdered, when compared with their counterparts in films for grownups.

“We conclude that children’s animated films, rather than being innocuous alternatives to the gore and carnage typical of American films, are in fact hotbeds of murder and mayhem,” write psychiatric epidemiologists Ian Colman and James Kirkbride in their paper.

The study also makes it clear that there’s no occupation more dangerous for a movie character in a film made for kids than being a parent. Moms and dads in children’s movies are five times more likely to die, often by violent means.

Even more disturbingly, Colman and his co-authors report that the psychological impact of these on-screen deaths are almost always glossed over. Out of the sampled films, only Disney’s The Lion King was found to treat the stages of the grieving process with respect.

The next time you want to quiet the kids with a DVD, you might want to skip Finding Nemo, Tarzan, Pocahontas and Bambi, and consider going with a nice Quentin Tarantino film instead.