A new class-action suit is filed in Washington courts contending that studios such as The Walt Disney Co. and DreamWorks Animation conspired to suppress wages via “non-poaching” agreements. 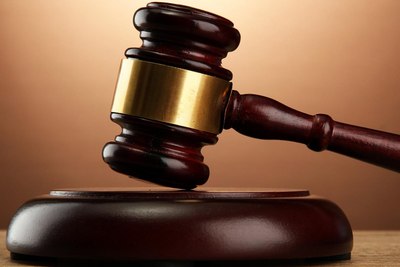 A new class-action suit has been filed contending that studios such as The Walt Disney Co. and DreamWorks Animation, along with other visual effects and animation companies, conspired to suppress wages via “non-poaching” agreements between the companies.

The lawsuit was filed on behalf of Robert Nitsch -- a senior character effects artist at DreamWorks Animation from 2007 to 2011 -- by Washington law firm Cohen, Milstein, Sellers & Toll.

“The conspiracy deprived Plaintiff and other class members of millions of dollars which Defendants instead put to their bottom lines,” the lawsuit reportedly states. “It did so at the same time that the films produced by these workers achieved world renown and generated billions of dollars in revenues in the United States and abroad.”

Lucasfilm and Pixar already were targets of a Justice Department antitrust lawsuit in 2010, along with Apple, Google, Adobe Systems, Intel Corp. and Intuit, in which the government contended that their “no solicitation” agreements prevented highly skilled employees from commanding better wages and job opportunities. The companies settled the litigation by agreeing to end such practices for a period of five years.

A class-action civil suit was filed in 2011, and during the litigation emails were disclosed which appeared to link other companies to the “no poaching” agreements, including Disney and DreamWorks Animation, who were not named defendants in either that lawsuit or the Justice Department action. In a settlement approved by U.S. District Judge Lucy Koh in May, Lucasfilm and Pixar agreed to pay $9 million, and Intuit agreed to pay $11 million. But Koh refused to approve a $325 million settlement with a class action group and other companies including Apple and Google.

The lawsuit lays out an elaborate conspiracy to establish non-solicitation agreements, “carried out by some of the most recognizable names in the American entertainment and technology industries,” including Steve Jobs, the late founder of Apple; Pixar President Ed Catmull; and filmmaker George Lucas. It also contends that Jobs and DreamWorks Animation CEO Jeffrey Katzenberg also “personally discussed and formed similar ‘no raid’ agreements between their companies.” The suit cites an email from Catmull in which he stated that they “have an agreement with DreamWorks not to actively pursue each others employees.” “Catmull acknowledged under oath that Jobs and Katzenberg discussed the subject and that the two companies weren’t ‘going after each other,'” the suit stated.

The suit contends that when Disney bought Pixar in 2006, the non-solicitation agreements spread to Walt Disney Feature Animation, which Catmull headed, as well as to ImageMovers, the company founded by director Robert Zemeckis.

“All of the Defendants kept the agreements secret from their employees,” the suit reads. “Only their top executives and human resources and recruiting personnel involved in the conspiracy communicated about the agreements orally or in emails among themselves, and they almost always insisted that the agreements not be committed to writing.”