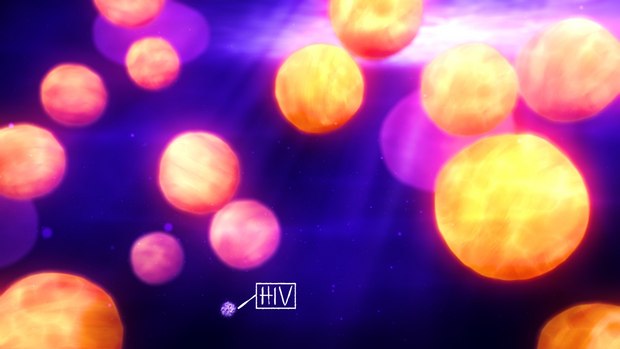 New York-based animation studio the STUDIO recently teamed up with the Foundation for AIDS Research to launch a multi-platform series of films for the HIV CURE Summit in San Francisco on World AIDS Day. The five films, which were unveiled by amfAR president Kevin Frost at the 2016 World AIDS Day Forum on December 1st, create a single piece of communication that speaks to multiple audiences; donors, educators, policy-makers, advocators, and the scientific community.

The collaboration between amfAR and the STUDIO began earlier this year when the STUDIO created a short film for amfAR’s Galas. The partnership with amfAR continues the STUDIO’s commitment to purpose-driven work that compels audiences to engage in social impact.

AIDS prevention and awareness initiatives have always been a part of the company’s history. “The opportunity to be involved in a project where a CURE (Charting, Understanding, Recording and Eliminating) is a possibility was an enormous privilege and opportunity. We’re honored to be a part of bringing that message -- which is a paradigm shift from prevention and treatment to CURE -- to a wider audience,” commented the STUDIO founder Mary Nittolo. “Scientific and healthcare communications are often cold and clinical. They can feel synthetic, dark, and alien. We wanted to opt for something inspirational that offers hope and gives notice to a momentous medical breakthrough that is finally within our reach. At the same time, the science needed to be accurately communicated to a variety of audiences from scientific and medical to academic and donor communities. We needed to depict the science proposed to cure AIDS in a human way that was both artful and visually engaging.”

“The challenge was translating complex scientific language into a compelling narrative,” said David Grad, EP/Head of Integrated Production at the STUDIO. “With beautiful imagery we simplified highly technical information into something that could be clearly understood by even non-medically trained audiences.”

the STUDIO stylized and simplified the visual language of cellular structures by adding textures and soft edges. Based on research found in a SIGGRAPH white paper, CG lead Eric Kilanski adapted a technique utilizing sub-frame motion blur to cells that were created in Maya. Each frame was designed to look like a painting. “Very fortunately, the amfAR brand gradients gave the rich palette that we needed to create a visual language that spoke to both disease and hope,” Nittolo commented. The team also utilized a variety of different fluid and dynamic simulations and other post-production techniques to create the organic feel of living cells inside the body. The final output required over 10,000 rendering hours in V-Ray.

the STUDIO partnered with partnered with Hook+Line to create a score that compliments the emotion and gravitas that should accompany the promise of a cure.

“AmfAR was an incredible client,” Nittolo added. “Their research team, Rowena Johnston and Marcella Flores were enormously patient and generous in educating us about the complex science. Kevin Robert Frost, AnnMari Shannahan and Andrew McInnes took an incredible leap of faith trusting our visual approach which was quite different from the traditional scientific communications pieces they originally referenced.”