the STUDIO Helps Shine a Light on Energy Poverty 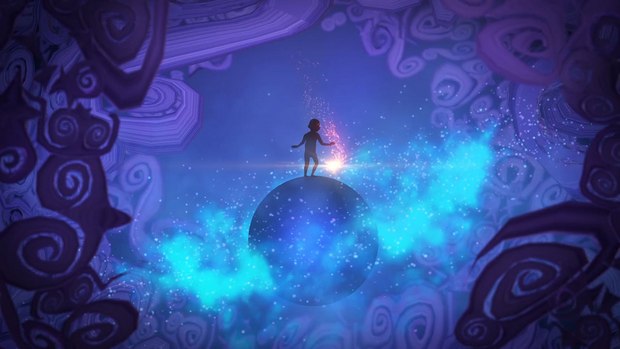 Entitled “Give Luci,” the animated PSA shows a boy named Kiama on his travels to and from school. Kiama loves school and has big dreams. As he heads home from school to have dinner with his family, the sun sets, causing his world to go dark. Kiama’s lack of access to light means that he, like millions of other children, cannot read or study at night, or do his homework.

“Our initial inspiration was the look of traditional shadow puppets, but as we went along we came to feel that we needed to reference more naturalistic animation techniques,” said Mary Nittolo, Founder/Creative Director of the STUDIO. “The shadow puppet concept would have looked amazing, but we didn’t think it would have made the same connection with viewers. So we ended up with a look that includes a number of influences, including shadow puppets, zoetropes, cut paper animation and even a little bit of Disney.”

The short film’s lovely dream sequence was created in 3D using Autodesk Maya and Adobe After Effects. "This project provided us with a lot of interesting challenges,” CG Lead Eric Kilanski commented. “We wanted to make a unique and identifiable world for Kiama. We were really seeking to create something that could marry the original concept of shadow puppetry, which has a very textile, hand-made aesthetic, with an organic, living world. Finding a balance was the real challenge, so that we didn't swing to far one way or the other. Another challenge was the silhouetted characters. With no faces or interior detail of any kind, Kiama and his brother’s emotions and thoughts had to be shown completely through body language. Every pose had to convey a lot of information. It forced our animators to really think about how emotion would be conveyed through a walk or a gesture."