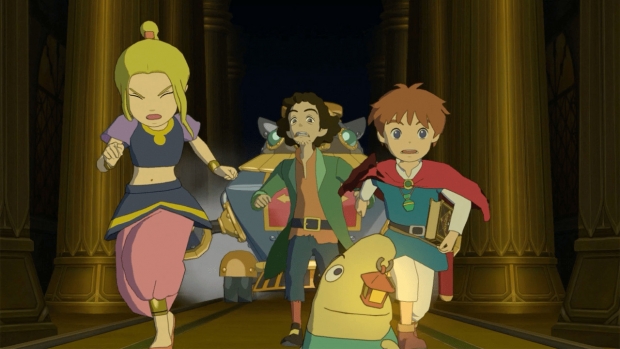 Ever wish you had free reign to explore a Studio Ghibli world? Look no further than Ni no Kuni: Wrath of the White Witch Remastered, a charming Japanese role-playing game (JRPG) following the familiar story of childhood innocence and growing up.

In 2011, the illustrious animation production house released Wrath of the White Witch for the first time, which was very well received by audiences. However, like all media, the game was subject to shifting technologies and eventually drifted to the back of players’ minds. Now, the game has been remastered for new gaming consoles and is available for the first time on Xbox Game Pass. The JRPG can also be purchased for Steam, Switch, or PlayStation.

Wrath of the White Witch follows a young boy Oliver who ventures into a magical world in search for his deceased mother. In proper Ghibli fashion, the game showcases breathtaking cut scenes of normal and fantasy worlds alike, all scored by long-time Studio Ghibli composer Joe Hisaishi. Players are given the freedom to explore the world at their own pace, making their own discoveries, in a manner more immersive than any film would allow.

Level-5 president Akihiro Hino partnered with Studio Ghibli president Toshio Suzuki to create the classic tale, with Bandai Namco Entertainment acting as publisher. Experience the adventure today, as we all tide ourselves over for the next great Ghibli film.