The first of Ghibli Park’s five themed areas will open to the public this November; check out how the park is shaping up in these new photos. 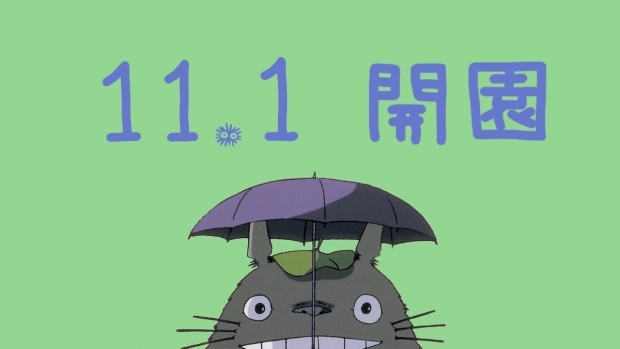 The park, based on the beloved works of Hayao Miyazaki and his iconic animation outfit, was confirmed in initial reports to be scheduled for a Fall 2022 opening. But this week, the studio confirmed in a tweet that it will open its doors November 1, 2022.

Ghibli Park held a ground-breaking ceremony in 2020, at the Expo 2005 Aichi Commemorative Park in Central Japan. In partnership with the government of Aichi Prefecture and the Chunichi Shimbun newspaper, Studio Ghibli has invested roughly $295 million to build the park, which has been in construction since 2019.

The park will feature five themed areas, but only one - based on My Neighbor Totoro - will be open to the public in November. A section based on Princess Mononoke, and another devoted to Kiki’s Delivery Service and Howl’s Moving Castle, will both open in 2023, according to officials’ latest announcement.

Along with Studio Ghibli’s announcement came an early look at construction on some of the park’s inspired areas, including “Ghibli’s Giant Warehouse,” a gift shop adorned with an all-seeing eye; a Whisper of the Heart-themed antique shop; and even a house for former studio president Toshio Suzuki. Miyazaki’s son, Goro, has been heavily involved in the planning of the park. But at the ground-breaking, a Studio Ghibli producer joked that Hayao himself “is not the type to look on supportively from a distance,” adding that the filmmaker “starts in right away with ‘do this,’ and ‘don’t do that.’”

One of Hayao’s edicts: don’t cut down any trees. Park officials said Thursday that they anticipate about 1 million visitors when it soft-launches later this year, but those attendees’ activities will consist mostly of hiking nature trails, as opposed to lining up to ride roller coasters and other obtrusive attractions.