Acclaimed fantasy from the legendary Studio Ghibli and director Hayao Miyazaki second Studio Ghibli film to be nominated for Best Animated Feature at the Academy Awards. 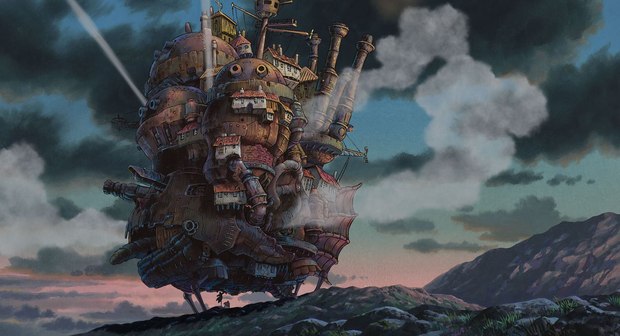 Following a successful series of films including My Neighbor Totoro, Kiki’s Delivery Service, Castle In The Sky, Nausicaä of the Valley of the Wind, and Spirited Away, STUDIO GHIBLI FEST, a six-film monthly series of anime classics, will conclude with a masterpiece from the legendary Studio Ghibli and director Hayao Miyazaki -- Howl’s Moving Castle.

This event also features the GKIDS MINIFEST, an ongoing festival of award-winning short animated films from around the world, as part of the exclusive event experience.

Tickets for Howl’s Moving Castle can be purchased online by visiting www.FathomEvents.com or at participating theater box offices. Fans throughout the U.S. will be able to enjoy the event in nearly 650 select movie theaters through Fathom’s Digital Broadcast Network (DBN). For a complete list of theater locations visit the Fathom Events website (theaters and participants are subject to change).