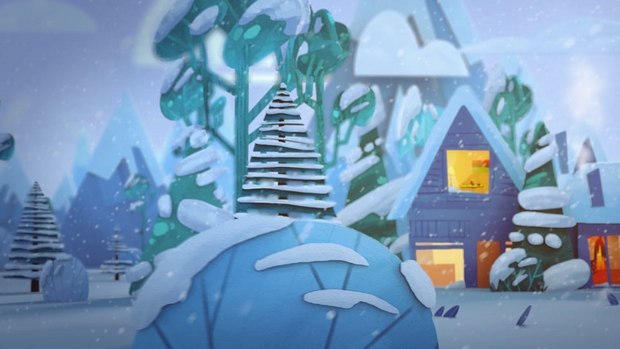 NEW YORK -- The STUDIO has a present for you, but you won’t find it under any Christmas tree. Rather the creative design/animation studio led by Founder/Creative Director Mary Nittolo, has crafted an elegantly-designed holiday video card that features a meticulously animated tracking shot that pulls viewers into a lush winter wonderland.

However, more than just eye-candy, the STUDIO is grateful for a strong 2016 with a donation in the names of those who receive the holiday card to the Children's Health Fund, the esteemed charity co-founded by musician Paul Simon and Dr. Irwin Redlener that’s committed to providing health care to vulnerable children in the U.S.

“The CHF is such an extraordinary organization and the fact that it was started thanks to the vision and generosity of an artist like Paul Simon is something that isn’t lost on the creative community,” said Nittolo.

The video card itself is a beautifully crafted festive animation created by Alison Abitbol and Adam Rozanski, with 3D support from Eric Kilanski and Jackie Garbuio; it features a continuous tracking shot that traverses a festive snow-filled winter village. Featuring original music from Bryan Senti of Los Angeles-based music house Hook and Line, the camera passes through various holiday scenes employing a festive color palette and simple geometrical designs, appearing as if the landscape exists in a 2.5D animated world made up of textured card planes.

“I’m delighted with this year’s holiday card,” Nittolo adds. “Our creative team was excited to be able to produce an animation worthy of our relationship with the Children’s Health Fund. Its success reinforces our commitment to the power of ideas to persuade, and this is the time of year where we should remember that this is why most of us ended up in this business."