New York-based studio founded by Josh Selig will continue to work on new projects in conjunction with the new owners’ assets. 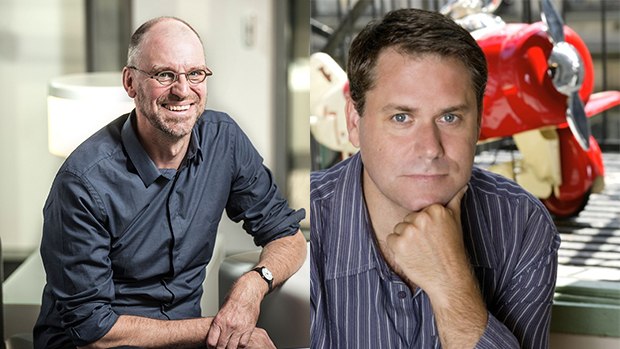 Hans Bourlon, co-founder and co-CEO of Studio 100, will work with Josh Selig, founder of Little Airplane Productions, which was just acquired by Studio 100.

SCHELLE, BELGIUM -- Studio 100 has taken over the New York-based Little Airplane Productions, which was founded by Josh Selig in 1999 and counts 21 Emmys among its numerous awards.

Little Airplane Productions also develops content -- such as the popular TV-show Super Wings -- with leading Chinese partners, which is also sold outside of China.

Hans Bourlon and Gert Verhulst, founders and CEOs of Studio 100, are delighted with this takeover. “I have greatly admired the work of Little Airplane for years. It’s a unique company,” says Bourlon. “It has amazing creative strength and has produced the most fantastic series and songs. My absolute favorite is ‘The Potato Train’ from The Small Potatoes.”

Josh Selig, founder and president of Little Airplane Productions, said: “I am thrilled that Little Airplane has joined forces with our friends at Studio 100 and all of their amazing companies. There is a great synergy between our businesses and our teams, and we look forward to creating and producing new content together that will resonate with children around the world.”

Selig will work closely with Bourlon and Hans Ulrich Stoef, CEO of Studio 100 Media, based in Munich and responsible for international content sales, the exploitation of licenses and merchandising, as well as the worldwide distribution of new brands and productions.

Little Airplane Productions will continue to focus on developing and producing new projects, in close cooperation with Studio 100’s animation studios -- Studio 100 Animation in Paris and Flying Bark Productions in Sydney -- and will also continue developing for its third-party clients.