New CG-animated adventure comedy series, ‘The Wild Adventures of Blinky Bill,’ is set for delivery by 2017. 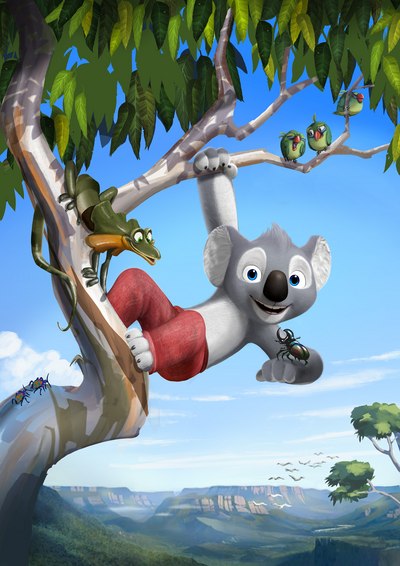 CANNES, FRANCE -- Studio 100 Media announced that is has sold two of its new properties to Finland. Nelonen Media, part of Sanoma Media Finland, one of the largest media companies in Europe has acquired the rejuvenated series Nils Holgersson and the new CGI adventure comedy series The Wild Adventures of Blinky Bill. Currently in production both programs are set for delivery by 2017.  The agreement gives Nelonen Media exclusive TV rights.

Commenting on the deal, Patrick Elmendorff said, “We are delighted to join forces with Nelonen Media and offer two of our latest programs to viewers in Finland. Both Nils Holgersson and Blinky Bill are global brands and we are confident that these new high quality CGI series will be as successful as the original and will continue to capture kids attention in Finland and further across international territories.”

Based on Swedish author Selma Lagerlöf’s novel, Nils Holgersson’s Wonderful Journey Across Sweden, the original Nils Holgersson series was a great TV success when it first aired in Japan on NHK in 1980.

Produced by Studio 100 Animation in Paris the revived CGI animated TV series Nils Holgersson, with its great new design and adventure-packed stories, is rich in its storytelling and blends all the elements that children love – action, adventure, fantasy, fun and mystery.  Its escapades will ensure that kids all over the world will love the antics of a mischievous and headstrong boy.

Blinky Bill is considered a quintessential Australian children’s classic and is based on the original 1930’s book series written by Dorothy Wall.  With the first film and TV series produced in the 1990’s, the new contemporary CGI series once again sees Australia’s favorite koala Blinky, along with his best friends Nutsy, Marcia and Robert, create mayhem in their efforts to inject some imagination and fun into the sleepy outback town of Green Patch.

Produced by Flying Bark Productions, The Wild Adventures of Blinky Bill is an all-new CGI adventure series that redefines the Blinky story in an exciting and unpredictable way.  Themes of friendship, adventure and discovery are all wrapped up in a high energy and sharp-witted comedy series.

Blossoming at Annecy
DreamWorks’ ‘The Mighty Ones’ Takes to the Sea in New Season 2 Trailer
Netflix Drops Sneak Peek Images from Jorge Gutiérrez’s ‘Maya and the Three’
The NFB Showcases Dedication to Auteur Animation at Annecy 2021 Studio Focus
Netflix Drops Teaser Trailer for ‘Masters of the Universe: Revelation’
‘The Lord of the Rings: The War of the Rohirrim’ Anime Feature Now Underway
Noggin Sets BBC Studios’ ‘JoJo & Gran Gran’ Debut
The Formula for Success Explained in ‘The Boss Baby: Family Business’ Video
END_OF_DOCUMENT_TOKEN_TO_BE_REPLACED