Studio 100 Media concludes a deal with Al Jazeera Media Network for the new CGI versions of ‘Vic the Viking’ and ‘Heidi’ and the CG-animated preschool series ‘Trains.’ 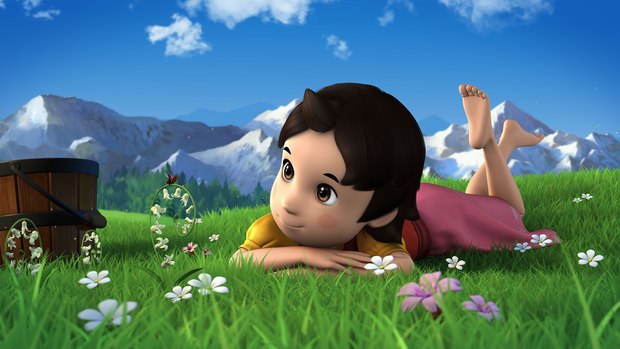 CANNES, FRANCE -- Studio 100 Media GmbH, the media sales division of the global family entertainment company Studio 100, has concluded a deal with Al Jazeera Media Network, one of the biggest pan-Arab media organizations, for both the new CGI versions of the worldwide well-known classic brands Vic the Viking and Heidi and the CGI pre-school series Trains.

Al Jazeera Media Network owns, JeemTV, targeted at 7 to 12 year olds and Baraem TV which aims to reach Arab children from 2 to 6 years. Al Jazeera Media Network has acquired exclusive Arabic TV rights for the MENA-region for new episodes of Vic the Viking, of Heidi and of TRAINS. The license agreement for such territories will roll out at the end of 2015.

Patrick Elmendorff, CEO of Studio 100 Media, commented, “We are delighted to extend our long-term and very fruitful partnership with Al Jazeera. With the acquisition of these charming new titles we believe they will be just as popular in the MENA region as they have proved to be in other territories. With our new Maya The Bee CGI series already having found a home and making its mark on Baraem TV and Jeem TV we are excited that Arabic children will also have the opportunity to enjoy and follow the wonderful adventures of VIC, HEIDI and TRAINS in CGI.”

JCC’s Acting Executive General Manager Saad Saleh Al Hudaifi said, “Signing this deal, we at JCC look forward to enriching the premier Arabic children’s channel with a wide range of entertaining kids’ shows for our audience. In line with our child-centric strategy, we will continue to address the needs of Arab children and households by creating or acquiring content that is entertaining, culturally appropriate and supports their learning and development.” First published in 1963 and honored with the German Youth Literature Prize Vic the Viking is based on the children’s novels by Swedish author Runer Jonsson.

Produced by Paris based Studio 100 Animation in association with TFI and ZDF the CGI action animation series is filled with fun and comedy elements. It follows the adventures of the small but powerful Viking who is always getting his clan out of scrapes with his quick thinking and clever ideas. With its unbroken run of popularity since the 78-part cult cartoon series made its first appearance on German television ZDF in 1974 Vic the Viking and his crew have enjoyed celebrating continuous television presence. The CGI series is sold to more than 90 countries worldwide.

Heidi is a vibrant and charming show with a rich visual flavor. The revived CGI animated TV series is produced by Paris based Studio100 Animation and Flying Bark Productions. The CGI series is already sold to more than 110 countries worldwide.

Written by Swiss author Johanna Spyri in 1880, the popular children’s book Heidi’s Years of Wandering and Learning  was adapted into a 52 part series by Japanese animation studio Zuiyo Enterprises in 1974.

Created by Mikhail Pogosov and produced by AA Studio the CGI animation TRAINS is targeted at preschoolers. Living and feeling like human beings, Traintown is populated with all different types of trains who have their own relationships, problems and dreams. The series follows little Ethan and his train friends as they stumble into charming adventures full of fun and entertainment in their everyday life.