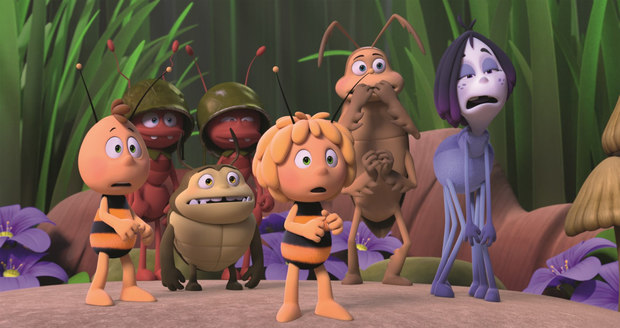 MUNICH -- Studio 100 Media has announced the launch of Studio Isar Animation, its own animation studio that will be housed in Studio 100 Media’s Neumarkter Strasse Munich headquarters. With workstations for up to 40 artists, Studio Isar Animation will be responsible for CGI work such as modelling, texturing, shading, lighting, FX, compositing and rendering on the company's own film productions. In addition, it will also offer services for commissioned work from third parties and co-productions. Together with its other animation studios, Flying Bark Productions in Australia, Studio 100 Animation in France and Little Airplane Productions in the USA, the Studio 100 Group can now provide production services inhouse for all segments of its upcoming film production slate. Studio Isar Animation is schedule to open its doors this coming October.

For its first project, Studio Isar Animation will take over the CGI work on the animated feature, Maya the Bee – The Golden Orb, which is scheduled to be completed in 2020. Studio 100 Media will produce the third Maya the Bee film in the franchise with Flying Bark Productions. The film has already been pre-sold internationally, including the U.S., France and Poland. The FFF Bayern is supporting the production with 1.57 million euros from its International Co-Productions funding program.

Ulli Stoef, CEO of Studio 100 Media AG, said "We are extremely pleased to announce the founding of Studio Isar Animation. It is the next logical step for the strategic development of the Studio 100 group to have our own CGI animation studio here. It allows us to realize future projects most efficiently, to bundle expertise at the Munich location and it grants us independence as a film producer."

Thorsten Wegener, producer at Studio 100 Media AG, added, "With Studio Isar Animation, Studio 100 Media continues to open up for co-productions and co-financing of new feature film projects by third parties. With regard to Studio 100 Film, our own sales department for international animated films, we now have the opportunity to offer our partners all steps from the idea to development, production and international distribution from a single source."

Georg Eisenreich, Bavarian Media Minister, also pleased about the new studio, noted, "Studio 100 Media AG's decision to expand its activities in Munich is not only a positive signal for the film location. It also shows that our location strategy of promoting digital film production is bearing fruit. I am looking forward to many animated films being made in Munich. Munich is on its way to becoming a leading location for animation and VFX."