CANNES -- Studio 100 Media has announced a new agreement with Hungarian public broadcaster MTVA. As a result of the success of the popular series Maya the Bee the channel will continue its agreement for the famous bee and extend the deal to the CGI animation Tashi, which achieved ratings of up to 50.33 percent market share among kids 3-13 years on KiKA Germany this February.

Produced by Australia’s Flying Bark Productions, animated series Tashi -- aimed at kids 6-11 years old -- is based on the beloved children's book series by Barbara and Anna Fienberg and features a distinctive art style, full of diverse characters and creatures set against a rich 3D environment and vibrant 2D backdrop. The series began airing in Australia on Channel 7 in November 2014.

When techno-genius Jack is bundled off to stay with his distant and daring cousin Tashi, nothing can prepare him for the wild adventures that Tashi has in store for him. With the aid of creature-whisperer Lotus Blossom, no volcano is too high, no giant too tall, and no dragon too fierce! Giants, ghosts, witches, bandits, demons, dragons... Tashi, Jack and Lotus Blossom are ready for anything!

“The stories have well-defined characters, comparable to Harry Potter, and include exotic scenery and adventures,” Studio 100 Media CEO Patrick Elmendorff commented. “We are happy to renew and extend our successful collaboration with MTVA,” Elmendorff adds. “We hope that the viewers in Hungary will enjoy our classics and the brand-new series Tashi as much as they have already enjoyed the adventures of Maya and her friends.”

Together with a selection of timeless classics from Studio 100 Media’s extensive library, the channel has secured the exclusive FTA rights for more than 230 half hours of programming under this agreement. 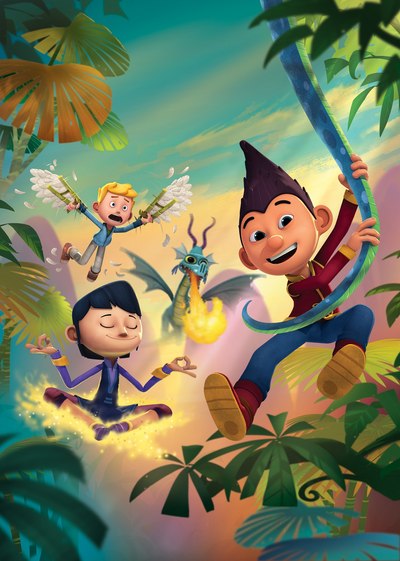