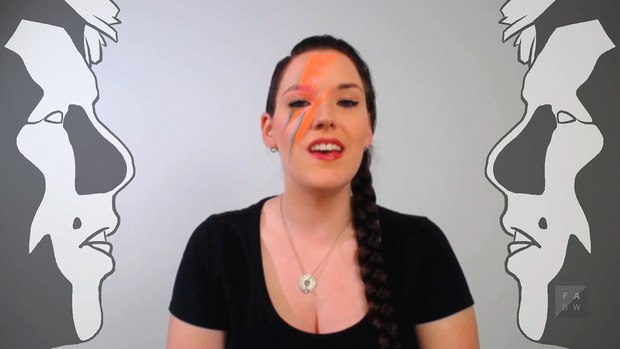 LUDWIGSBURG, GERMANY -- A music video for the David Bowie tribute song I’m Coming Home has debuted as the Animationsinstitut of Filmakademie Baden-Wurttemberg’s first student “Project of the Month.”

The video was created by animation student and musician Nadine Stardust and technical director student Mahmoud Woodmansey. The song was written and recorded by Stardust and in the corresponding music video, students and employees of Animationsinstitut take on the role of David Bowie.

Through the regular publishing of the Project of the Month, Animationsinstitut aims to create a public archive on the website as well as on Filmakademie’s YouTube channel that represents the wide, creative range of student projects realized at Animationsinstitut and allows people to get an insight look into the history and the development of the institute and its students.