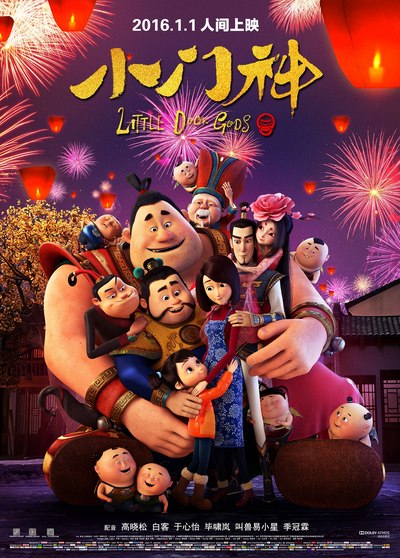 Meryl Streep, Mel Brooks, Nicole Kidman and Zendaya have all signed on to voice roles in Light Chaser Animation’s The Guardian Brothers, according to a report by Variety.

Previously released in China as The Little Door Gods, the CG-animated feature has been picked up by The Weinstein Company for worldwide distribution (outside of China, Hong Kong, Taiwan and Macau). TWC will launch sales for the film at the upcoming Cannes Film Festival, running this year May 11-22.

With Streep serving as the film’s storyteller, The Guardian Brothers follows a Chinese family in danger of losing its wonton soup shop that’s been left in the hands of a little girl named Raindrop (voiced by Zendaya) and her mother (Kidman). When two retired members of the Guardians of the Spirit World -- who have watched over humans on Earth for centuries -- find out about the problem, they spring into action.

Written and directed by Gary Wang, The Guardian Brothers was produced over 29 months at Beijing-based Light Chaser Animation Studios, which Wang founded in 2013 with the aim of creating world-class animated films with a Chinese cultural touch.

The Guardian Gods is the studio’s first release, with DreamWorks Animation veteran Han Lei (Kung Fu Panda 1 and 2, Monsters & Aliens, Shrek Forever After) serving as VFX Supervisor. (You can read more about the production pipeline and process here and here.) The movie earned $10 million in its opening week last year in December, and went on to earn a total of $11.9 million in its domestic run.

You can check out the trailer (in Mandarin) in the player below: