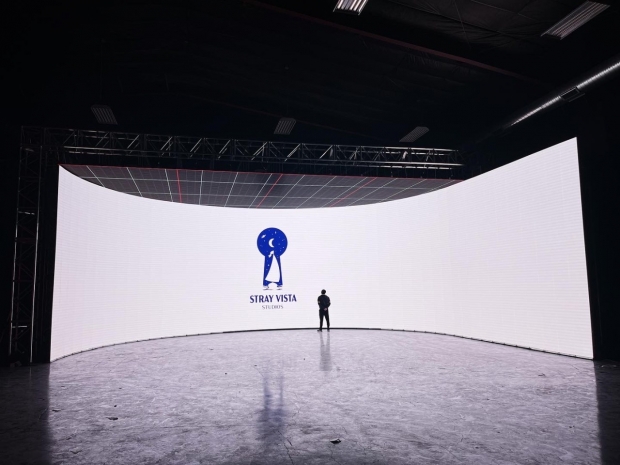 Stray Vista’s facility, located a short distance from Austin, features Texas’ first full-size Virtual Production Volume (VPV) wall that displays interactive, computer-generated environments whose perspectives adjust based on camera positioning. The VPV wall is 40 feet in diameter, 80 feet in length, 16 feet in height - and differentiates itself from other studios with an LED ceiling allowing for fully immersed lighting. The first project to utilize the space, a music video, will film this week.

Nate Strayer, CEO of Stray Vista Studios, oversees the studio and its engineering and creative teams, focusing on providing a seamless workflow that enables creatives to visualize and combine live-action photography with digital assets such as in-camera visual effects or real or imagined backgrounds.

“The debut of Stray Vista Studios' Virtual Production Volume wall represents the arrival of the future of content production here in Texas,” said Strayer. “While VPV technology has quickly emerged as the top choice for major film and television projects, branded content, commercials, and video productions, we wanted to build a lasting legacy for creatives and filmmakers in Texas with the most technologically advanced tools to further complement their craft.  In addition to the size of our state-of-the-art LED wall, our production team, supported by Vū, is really what sets us apart from other virtual production facilities. Without talented and knowledgeable technicians who know how to deliver for creatives, the technology loses value. My goal is to have clients who shoot projects at Stray Vista Studios realize all the creative and budgetary advantages that shooting with the volume provides while having an excellent overall production experience that inspires them to return.”