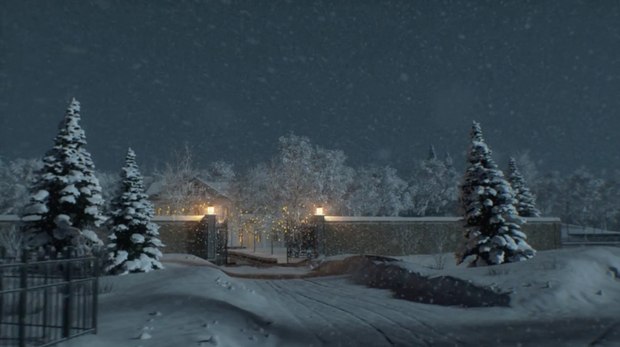 LOS ANGELES – Shotgun Software was utilized by Seattle-based animation, motion graphics, and VFX shop Straightface Studios to simplify project management on an all-CG animation for the Pacific Northwest Ballet’s Nutcracker. The Ballet completely re-concepted the show for the first time in over 30 years, including sets and costumes, calling on Straightface to develop a three-minute animated opening overture that would set the tone for the new show. The animation shows a village inspired by mid-19th century New England, traversing over 372 square miles in 3D before giving way to the physical set. This content replaced a traditional painted curtain, giving the show a more modern feel and helping audiences become more immersed in the show’s new environment.

“Shotgun was essential for the Nutcracker project because we had so many assets, over 1.5 million 3D trees, 8,540 3D bushes, 287 3D buildings, and seven 3D mice, so there were a lot of moving pieces, a lot of different assets to keep track of,” said Gavin Greenwalt, VFX supervisor, Straightface Studios. “Just to be able to see across the entire project where everything was, what the latest version was, and comments specific to each asset in the entire giant landscape, was really useful.”

Straightface’s team includes six core leads in the Seattle office, plus a network of freelance artists from around the world including Los Angeles, Vancouver, and Mumbai. Everyone in the company utilizes Shotgun for review and project management, enabling the far-flung crew to have constant access to the latest versions and notes and to stay connected and on track throughout production.

“Shotgun helps us to collaborate with the best talent regardless of where they call home,” continued Greenwalt. “A good work/life balance is essential to building a creative culture, and especially on a big project like this one, Shotgun helps us maintain that balance. Usually overtime and time crunches aren’t from the project itself but from poor planning, and Shotgun helps everything flow efficiently. Ultimately, time is money, and every minute an artist is focusing on tracking down the latest asset version or looking for an email is a huge waste of money.”

After a successful run in December, Straightface is now working on a second animation for the Pacific Northwest Ballet’s Nutcracker which will add more animation and incorporate the live action dancers into the CG landscape.