Aspiring animators will have opportunity to learn from the award-winning team behind ‘Robot Chicken’ with "Stoopid Buddy Stoodios Animation Class." 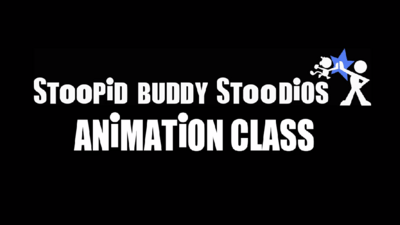 "Stoopid Buddy Stoodios Animation Class" will be released exclusively on Vimeo On Demand and taught by Stoopid Buddy's award-winning animation team. The two-hour course is the first animation educational service of its kind, providing hands-on training, tips and lectures designed to arm aspiring animators with the knowledge and tools needed to hone their specialized craft and become a successful professional. The course, currently in pre-order at https://vimeo.com/ondemand/animationclass, will be available later this year for a $99.99 digital download or a $79.99 streaming 30-day rental.

"DIY is the future and Vimeo is a leader in content sharing. We're thrilled by the opportunity this partnership offers to put all of our best knowledge directly in your hands," said Green.

Stoopid Buddy Stoodios attracts a constant stream of celebrity guests to its studio for its many animated series and those who enroll in the new course available on Vimeo On Demand can expect celebrity guest appearances throughout the training sessions as well. You never know who might pop in during a class!

The new series joins Vimeo On Demand during a benchmark year for the platform. Earlier this year, Vimeo announced a $10 million fund to accelerate its investment in bringing and supporting quality individual titles to the Vimeo On Demand platform. Vimeo has been actively pursuing content that supports passion-driven verticals including music, instructional, sports, comedy and "sci-fi/seeking truth" titles that are relevant to Vimeo's audience.

The deal was brokered between Sam Toles, Vimeo's Vice President of Content Acquisitions, and UTA on behalf of Stoopid Buddy Studios.