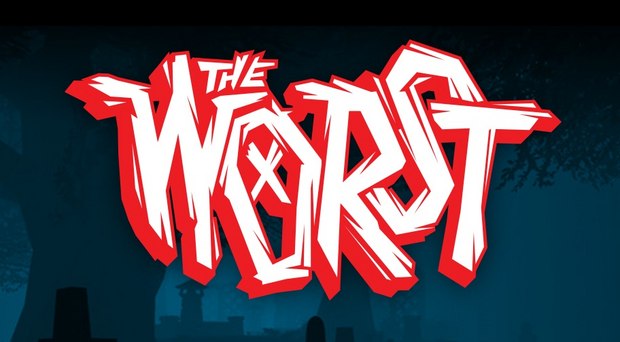 There are good guys. There are bad guys. And then there are…The Worst! Created in 2016 as a standalone toy line, The Worst began with Super7 looking back historically at their favorite franchises and finding that the best (or worst) characters in any given series were usually the villains. With that in mind, The Worst grew into an all-new line of characters that were the best of the worst, and became an overnight hit with collectors, immediately selling out limited run action figures within days of release. In the dead of night, The Worst are unleashed! The most villainously vile vermin ever assembled lurk in the shadows and plot their evil deeds. What’s the Worst that could happen? Definitely do not expect them to play nice! The Worst are the meanest of the mean and the baddest of the bad -- simply put, they are the Worst bad guys ever! Their unholy alliance (all of whom will be title characters in the new animated series) features: Black Falcon as the Undead Warlord of Doom, Robot Reaper as the Robotic Harbinger of Death, X-2 the Unknown as the Mysterious Shadow Assassin, Gas Phantom as the Ethereal Specter of Evil, Batula as the Bat Prince of Darkness, and Snake Tut as the Serpent God of Destruction.

“We are really excited about the opportunity to share The Worst ideas we have ever had with the world,” said Super7 founder Brian Flynn. “Starting with toys, and now moving into animation, we look forward to having worse ideas with even worse partners to create The Worst animation ever.”

“Being the nerds of nostalgia that we are, we were all in as soon as we saw the art on the packaging for The Worst figures,” added Stoopid Buddy Stoodios co-founder John Harvatine IV. “What could be better than awesome heavy metal inspired art with action figures that only have five points of articulation? Answer? A cartoon!”

Led by founders and partners Seth Green, John Harvatine IV, Matthew Senreich and Eric Towner, Stoopid Buddy Stoodios is well known for its Emmy Award-winning stop-motion sketch comedy television series Robot Chicken which recently aired its eighth season, created and executive produced by Seth Green and Matthew Senreich along with co-head writers Douglas Goldstein and Tom Root for Adult Swim. The team is currently in production on a new special themed to The Walking Dead that will premiere in 2017.

Most recently, they were responsible for Netflix’s new stop-motion children’s series Buddy Thunderstruck in collaboration with American Greetings Entertainment. The highly anticipated show will begin streaming on March 10.