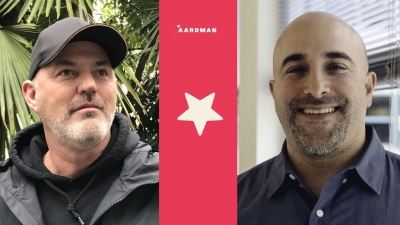 Shapiro, who most recently served at Walt Disney Studios as principal architect, Motion Picture Innovation, assumes his new role on March 28. He will be responsible for overseeing technology teams, developing a long-term technology strategy, and helming a slate of productions already in the creative pipeline. He will play a key role as the studio embraces opportunities created by new platforms and emerging technologies.

At Walt Disney Studios, Shapiro applied innovation supporting productions across all live-action studio banners, including Marvel Studios and Disney Live Action MPP (Motion Picture Productions). Prior to this he built the Production Technology team at Marvel Studios in his role as director. Shapiro has 20+ years of experience in media and entertainment having worked on 30+ features and episodics. He has managed teams in areas including visual effects, gaming, image, and color pipelines, stereography, and conversion, finishing, and FX art.

Linden stepped into his new role on March 14. He is tasked with supporting the studio’s specialist teams to deliver an expanding stop-frame slate including feature films, shorts, specials, and series. The slate also includes commercials and content produced for partners, such as Turtle Journey (2020), developed for Greenpeace, and the music video for Coldplay’s Daddy (2019). Linden will also work closely with head of CG Production, Jess McKillop, to ensure an integrated approach across all techniques as well as collaborating with producers and production teams.

Bringing 25 years of experience in film and TV, Linden has worked across advertising and promos, trailers, series, and features. His experience spans live action and animation, 2D and 3D, stop-motion, and CG. He first collaborated with Aardman as floor manager on Wallace and Gromit: A Close Shave (1995), before working with the studio again as production manager on its first feature, Chicken Run (2000). He served as production manager on Tim Burton’s Corpse Bride (Warner Bros, 2005) and was line producer on Coraline (LAIKA, 2009).

“This is an exciting time for Aardman,” shared the studio’s managing director, Sean Clarke. “We have an ambitious slate over the next five years, and it is crucial that we continue to lead in the industry in relation to technology and our production planning to do justice to the stories we want to tell. The hiring of Steve and Harry will bolster our continued development and strategic planning around the future use of new techniques and innovations, alongside effective oversight around production planning across all areas of the studios business. Their appointments represent the next phase in a hugely exciting period for the studio, and I look forward to seeing the results of their contributions in the years to come.”

Shapiro will report to Kerry Lock, director of Finance and Operations at Aardman. Linden will report to Carla Shelley, executive director, Production.