Steve Macallister is appointed CEO at Zodiak Rights; he succeeds Matthew Frank, who is stepping down after 20 years. 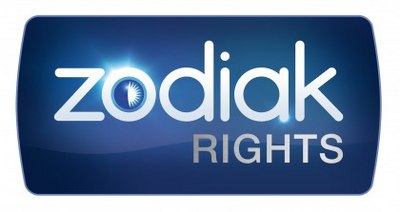 Steve Macallister, former President and Managing Director of BBC Worldwide’s Sales and Distribution Division, will take up the position of CEO Zodiak Rights, the international distribution and rights exploitation arm of Zodiak Media from January 13th, 2014. He succeeds Matthew Frank who is stepping down.

Frank leaves the position after 20 years, having joined his brother’s fledgling indie RDF in 1994. Frank has since grown the division to be one of the leading and most successful distribution businesses in the independent industry. RDF Rights became Zodiak Rights in 2010 following the acquisition of RDF Media Group by Zodiak, and Frank’s departure follows that of his brother David Frank, former CEO Zodiak Media who was succeeded by Marc-Antoine d’Halluin in October 2013.

“The scale of what Matthew has achieved over the last 20 years is remarkable, and I know he will be missed on both a professional and personal level and I wish him all the best,” said Zodiak Media CEO Marc-Antoine d’Halluin. “He leaves behind an incredibly successful and reputable business and I have every confidence that Steve will now take the company to its next phase.”

“Following the departure of my brother David it felt like a good time for me to handover the reigns to someone new at Zodiak Rights,” Frank said. “In Steve Macallister, I think we have found a great replacement. Steve will inherit a first class team and I wish both him and them every success for the future.”

Macallister joins Zodiak from BBC Worldwide where he held the position of President and Managing Director for Sales & Distribution, responsible for the exploitation of intellectual property around the world of over 50,000 hours of content. Prior to joining BBCW in 2007, Macallister managed the distribution business for Disney ABC International Television - Asia Pacific, formerly known as Buena Vista International Television - Asia Pacific (BVITV-AP), the international television distribution arm of The Walt Disney Company.

“I am delighted to be joining Marc-Antoine and the Zodiak team,” Macallister said. “Zodiak Media has a formidable track record in producing and distributing truly ground-breaking global hits, and I look forward to playing a part in the next exciting phase of the company’s evolution.”