Variety show from team behind Showtime’s ‘Our Cartoon President’ will feature daily and weekly segments mocking news of the day. 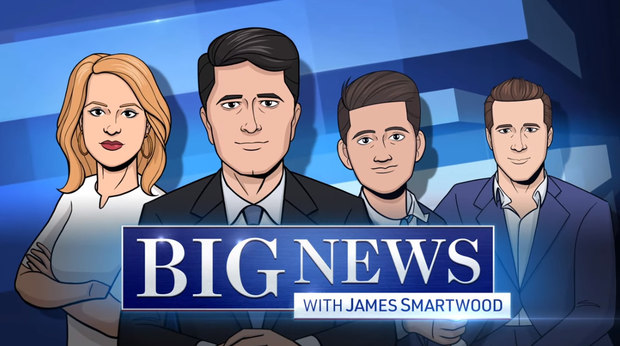 And they say you can never go home again... heading back to the fertile ground he tilled so successfully for so many years, Stephen Colbert will soon be mocking current events and the day’s top stories once again with a new animated TV series, Tooning Out the News. CBS All Access, CBS’ digital subscription video on-demand and live streaming service, just greenlit the new animated variety series, which will be produced by CBS Television Studios, and executive produced by Colbert and Chris Licht of CBS’ The Late Show with Stephen Colbert, and RJ Fried and Tim Luecke from Showtime’s Our Cartoon President.  The announcement was made by Julie McNamara, Executive Vice President of Original Content for CBS All Access, during the service’s biannual Television Critics Association presentation.

Tooning Out the News will include short daily segments leading up to weekly full episodes featuring a cast of animated characters mocking news of the day, and interviewing real-world guests and newsmakers.

“The minute the imaginators at Tooning Out the News decked their bleeding edge ideation bizmeth, I knew that the news jackers were ripe for our freemium growth hack pivot,” Colbert said. “Let’s go Omnichannel for UTTR! I also couldn’t be prouder to be working with my old friend, James Smartwood. Go get ‘em, Jimbo!”

McNamara commented, “This brilliant creative team is truly breaking new ground, marrying daily headline events with animation, to create their own unique spin on today’s news coverage. Whether you come for your daily dose or the full-length episode at the end of the week, CBS All Access is the perfect destination for this innovative, comedic look at our culture of ‘breaking news’ overload, and we are thrilled to be in business with these phenomenal creative minds from within the ViacomCBS family.”

Season 3 of Colbert's Our Cartoon President premieres January 26 on Showtime.