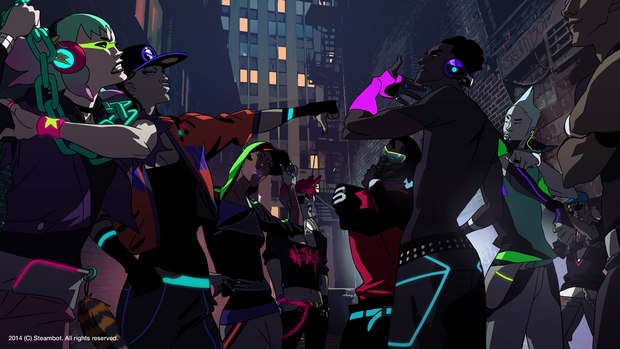 The fine folks at Montreal-based creative agency Steambot have a new project in the works, Urbance, a TV action series -- and potential transmedia property -- set in a dystopian future where a deadly virus prohibits sex, forcing genders to divide into rival gangs. The series is described as a mashup between Tron, Jet Set Radio and The Warriors, mixing urban, hip hop and electro influences.

Written and directed by Joel Dos Reis Viegas and Sébastien Larroudé, Urbance is animated by Japanese Studio Ghibli legend Hiroshi Shimizu. Viegas and Larroudé have previously been involved in such films as Tron Legacy, Godzilla and X-MEN: Days of Future Past, among many others.

Check out the trailer, below:

The team has launched a Kickstarter campaign aimed at producing a pilot episode for the series to be presented to broadcasters, investors and festivals. A staff pick, the campaign still has 26 days to go and has already has 1,168 backers, reaching $86,827 (in Canadian dollars) out of a $189,000 funding goal. W00t!