Stardust Rises to the Moment for Jordan Brand

Stardust teams with agency AKQA to help Nike brand Jordan redefine the product demo with a new short film, “Rise to the Moment.” 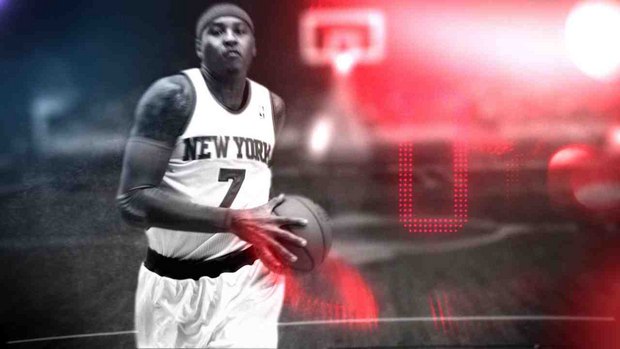 In honor of Carmelo Anthony‘s decade-long milestone at Jordan Brand – an achievement shared with both Ray Allen and Derek Jeter – design legend and performance footwear extraordinaire Tinker Hatfield set out to create a shoe that aligns with Melo’s personality while also making him even lighter and faster on the court. The result is the Jordan Melo M10. Fusing innovation with unique design elements and sophistication, Anthony’s commemorative signature draws on his patented versatility and scoring prowess for one of the best-performing basketball shoes that’s ever been designed. Essentially a Melo-specific update to the Air Jordan XX8 SE, the Jordan Melo M10 debuted in a Black/Dark Powder Blue colorway on January 4th.

For the creative team at Stardust, the Product Demo category in men’s athletic shoes has largely been dominated by featuring a CG shoe with accompanying visual effects and a high-tech shoe explosion to celebrate its key features and technological advances. For this challenge from AKQA, and taking what works within that convention, Stardust added humanity and a narrative by introducing the “Man Behind the Shoe” concept. The short film follows Carmelo himself as he drives up the court and takes a signature jump shot. The piece is intercut with the classic shots of the CG shoe, as well as cues from Brand Jordan’s visual language of ethereal dust particles “rising” in line with their tag line: “Rise to the moment.” Additionally are included fast-paced subliminal images that capture the spirit of rising that culminates in a satisfying climax, which demonstrates the shoe along a fun, energy-packed journey.

“Our collaboration with AKQA and the folks at Brand Jordan was one of great inspiration,” says Dexton Deboree, Co-Owner/Managing Director of Stardust. “We started with a blank canvas, a handful of parameters and a few basic brand anchor points, but then jumped into a journey that was a true round table of possibilities -- really very open to what was painted onto that canvas. We literally sat in a room together for 10 hours and came out of it with the concept that made up what is now the final film. It’s rare that three separate creative entities can come together and gel in such a way. We love both the result and the people and process that got us there.”

“I'm really proud of what the Stardust team was able to accomplish on this one,” concludes Seth Epstein, Creative Director/Director/Co-Owner of Stardust. “We took an incredibly ambitious brand VC (creative deck) that had not been done in motion before, and we brought it to life. We took a slightly unorthodox approach in mixing both a practical/tactile methodology and integrating that with a CG approach. We shot as much of the particles at high speed in the studio with actual chalk as we did creating particle sims on the box. The result is one that would have been hard to do simply one way or the other and really lends to this real, yet surreal and magical quality that we feel makes the piece special.”