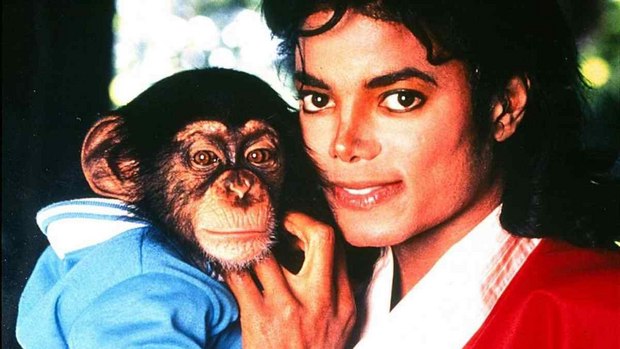 Starburns Industries, the stop-motion animation studio behind the Oscar-nominated feature Anomalisa, directed by Charlie Kaufman and Duke Johnson, has another animated feature in the works.

The production company has acquired Isaac Adamson’s screenplay about Michael Jackson’s famed Chimpanzee companion, Bubbles, according to a report by Deadline, with the intent to turn it into a stop-motion animated feature in the spirit of Anomalisa.

The acquisition was made by Andrew Kortschak and End Cue, and Dan Harmon and Starburns Industries will produce the film. One of the creators of Adult Swim’s Rick and Morty, Harmon also executive produced Anomalisa, which was nominated for the Oscar for Best Animated Film after it made a splash at the Toronto Film Festival and was picked up for distribution by Paramount.

Bubbles tells the story of Michael Jackson’s life and history from the perspective of the pet chimpanzee, which got a close-up view after being adopted by Jackson from an Austin, TX research facility and given residence at the Neverland Ranch in 1983. Bubbles was Jackson’s constant companion until he became overaggressive and was moved to a monkey sanctuary in Florida in 2005.

Adamson and Lee Stobby will executive produce the new film, with Harmon and Kortschak to serve as producers.