John Noble and Jimmi Simpson are welcomed aboard as the show’s bad guys, joining the cast that includes Kate Mulgrew reprising her role from ‘Star Trek: Voyager,’ on the upcoming CG animated ‘Star Trek’ series; show debuts on Paramount+ later this year. 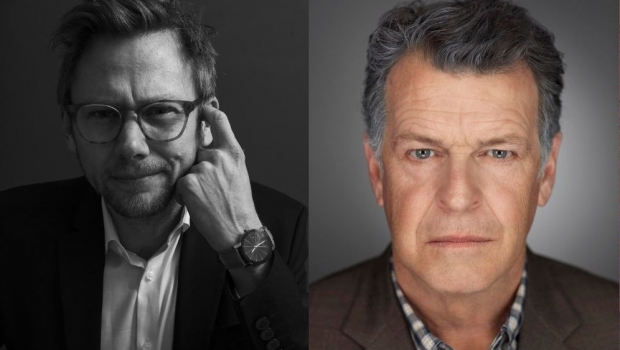 Hey Trekkies – we thought announcements for any and all things Star Trek were on hold pending the much-hyped “Star Trek Day,” coming September 8 celebrating 55 years of Star Trek. But alas, CBS Studios shared some fun casting news this morning for their brand-new animated series Star Trek: Prodigy premiering on Paramount+ later this year.

John Noble (Fringe) and Jimmi Simpson (Westworld) have been cast as series regulars, lending their voices to the villains in the CG animated series, which takes place in the Delta Quadrant, in the year 2383, after the events of Star Trek: Voyager.

Noble’s villain alter ego, The Diviner, is a ruthless tyrant who controls the asteroid of Tars Lamora. The Diviner exploits wayward species and will stop at nothing in his hunt for the Protostar ship, no matter the cost. Though his goals are shrouded in mystery, his body is failing him, and he created his progeny, Gwyn, to one day carry on his mission when she is ready for it.

Side note - both Simpson and Mulgrew are also working together on The Man Who Fell to Earth, currently in production for Showtime and CBS Studios. Both shows are produced by Alex Kurtzman’s Secret Hideout.

Simpson will voice Drednok, The Diviner’s deadly, heartless, and cold robotic enforcer. His sole purpose is to keep The Diviner on task and ensure that the Protostar is found. Drednok is a friend to no one, including The Diviner’s own daughter Gwyn and uses his menacing spider-like form to impose The Diviner's will.

Star Trek: Prodigy is the first Star Trek series aimed at younger audiences and will follow a motley crew of young aliens who must figure out how to work together while navigating a greater galaxy, in search of a better future. These six young outcasts know nothing about the ship they have commandeered – a first in the history of the Star Trek franchise – but over the course of their adventures together, they will each be introduced to Starfleet and the ideals it represents.