Mike McMahan’s hit half-hour comedy about the crew of one of Starfleet’s least important ships also gets third season renewal by Paramount+. 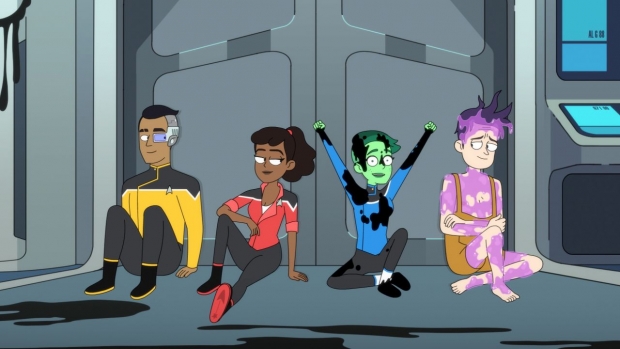 Paramount+ has picked up its hit half-hour animated comedy series, Star Trek: Lower Decks, for a 10-episode third season. The streamer announced the renewal as well as the show’s second season debut; the series, created by Mike McMahan, will launch its sophomore run on Thursday, August 12. The premiere date was revealed in an all-new Season 2 teaser trailer, introduced by McMahan following the “Second Contact” panel during yesterday’s virtual global First Contact Day celebration.

Check out some of the “sci-fi stuff” the support crew of the U.S.S. Cerritos – one of Starfleet’s least important ships – gets tangled up with in the Season 2 teaser:

Developed, showrun, and executive produced by Emmy Award winner McMahan (Rick and Morty, Solar Opposites), the show, set in 2380, focuses on the support crew - Ensigns Mariner, Boimler, Rutherford and Tendi in particular – who must keep up with their duties and their social lives, often while the ship is being rocked by a multitude of sci-fi anomalies.