The new series draws from the world of ‘Star Stable Online,’ an equestrian-based game, and follows 14-year-old Skye Rowan, her fire horse Blaze, and other forest rangers on the island of Jorvik. 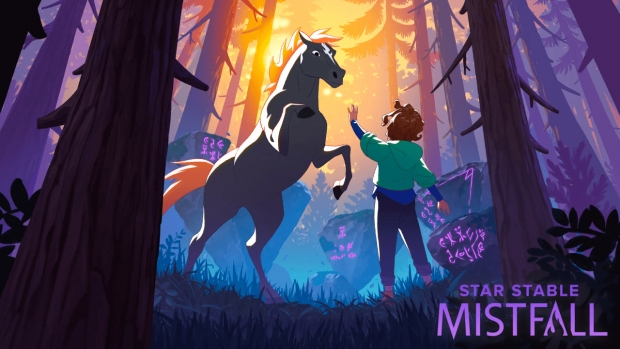 A win for young horse enthusiasts everywhere! Hit YouTube web show Star Sable: Mistfall will be transitioning to television. The series, which began in 2020, was built from the world of Star Stable Online, an equestrian-based online game beloved by a young female audience. Characters from the game came alive in the web series, which also introduced new heroes and narratives.

“We’ve always intended on doing a full-length series,” writer Alice Prodanou told Variety. “The 10 x 5-minute YouTube series that we’ve already produced was proof-of-concept and an exciting part of our development process. [The web series] got over 15 million views and amazing engagement from fans who were vocal about wanting to see more.”

The new show will follow 14-year-old Skye Rowan, her fire horse Blaze, and other forest rangers on the island of Jorvik. Following the events of the short form web show, the series of 22-minute episodes will further explore Skye and her backstory.

“I’d love for a larger audience to meet our Star Stable heroine,” says Prodanou. “And we have so many more stories to tell. Mistfall is a fantasy adventure series that centers on friendship and the love of horses, but it’s also about figuring out who you are. And for Skye, that’s a long journey!”

While tone and characters may remain the same, the animation style is subject to change. “A lot of characters in animated series have abnormally long, skinny bodies and that definitely isn’t a look we’re going for,” Prodanou explains. “Diversity and inclusivity [is really important to us] and that means featuring diverse body images and supporting body positivity.”

Prodanou and cross-media brand Star Stable Entertainment will work with animation studios Ferly and Atmosphere Media; she will also oversee creative duties. No word yet on a release date.