Genius Brands International licenses the broadcast rights to all-star animated comedy adventure set to air throughout 42 territories across Latin America and the Caribbean. 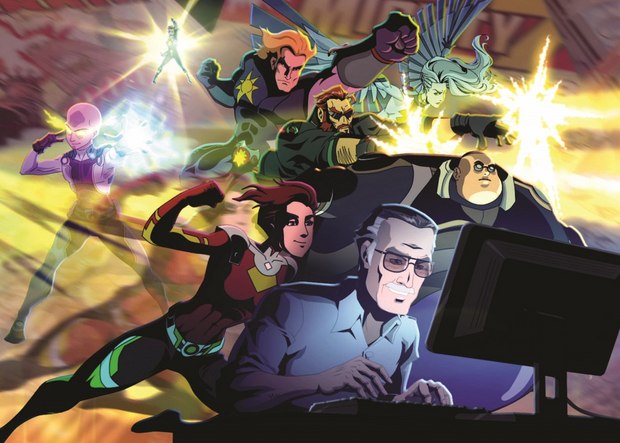 In Stan Lee’s Mighty 7, Lee stars as an animated version of himself, a legendary superhero creator, who teaches a crew of alien prisoners and their jailers, who have crash-landed on Earth, how to work together and use their powers to be superheroes. Each alien superhero has his or her unique powers and strengths, which aid in the group’s ability to combat enemies.

“I am so excited to be able to expand this project throughout Latin America and the Caribbean,” said Stan Lee. “For this film, I was able to create a unique group of superheroes that I’m thrilled to be able to share throughout 42 new territories. Thanks to our partnership, we can now provide an innovative and action packed story to all in an entirely new region!”

“Zasha’s deal with Cartoon Network Latin America rounds out the global reach of Stan Lee’s Mighty 7, with GBI having already secured distribution throughout Europe, Asia, the Middle East, Australia, Canada and the United States earlier this year,” said Berman. “Stan Lee fans span every corner of the globe, as well as every demographic, and this engaging film delivers the full-throttle action and uncompromising adventure they’ve come to expect. Kids love that they’re learning what it takes to be a super hero from the master himself, and parents appreciate the positive role models, confirming SLAM7 as a truly fun and engaging family movie.”

To date, the Stan Lee’s Mighty 7 brand has been licensed to Factory Entertainment (worldwide toy licensee) and Black Lantern (worldwide video game licensee), as well as to a multitude of U.S. apparel and consumer product partners.