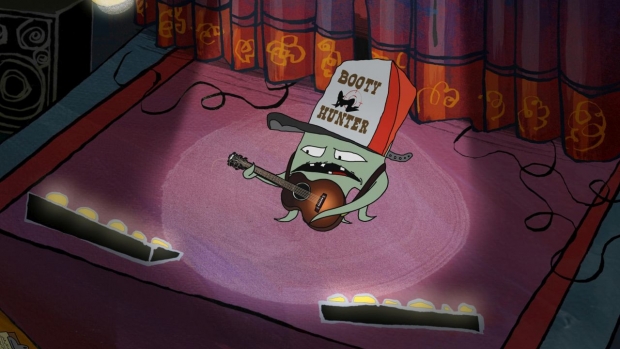 Baker, who also performs as a musician under the name Unknown Hinson, directed disparaging comments at the famous singer and actress after she spoke out publicly several days ago in support of Black Lives Matter. In a since deleted post, he wrote, “So, now this freak titted, old Southern bimbo is a BLM Lover? Remember, slut, Rednecks made you a Millionaire!”

In a Tweet posted earlier today on the show’s official Twitter account, series creators Jim Fortier and Dave Willis announced their decision to fire the longtime voice of Early Cuyler:

“We’re aware of the extremely offensive and derogatory social media posts made last week by Stuart D. Baker. The views he expressed do not reflect our own personal values or the values of the show that we and many others have worked hard to produce over the past 15 years. For those reasons, production of Squidbillies will continue without Mr. Baker, effective immediately.” Recently renewed for a 13th season, Squidbillies follows the exploits of the Cuylers, a family of anthropomorphic hillbilly squids, and their interactions with the local populace, which usually results in a fair amount of destruction, mutilation, and death. The Cuylers are given essentially free rein and protected from the consequences of their actions whenever possible by the Sheriff, as they are said to be the last, twisted remnants of a federally-protected endangered species, the "Appalachian Mud Squid." They live in the Southern Appalachian Mountains located in Northern Georgia.