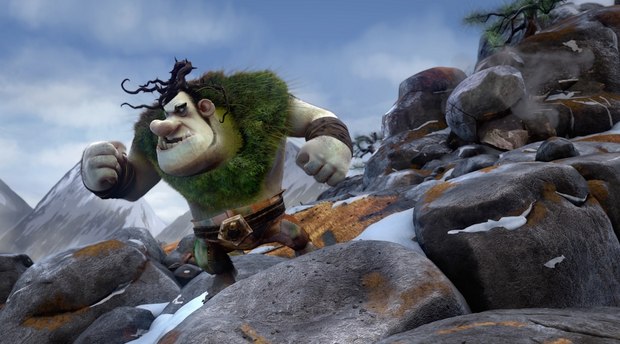 QUÉBEC, Canada – Squeeze has announced its collaboration on Troll, the Tale of a Tail, an animated feature film 100 percent produced in Canada. The $18 million project is the result of a partnership between Canada, Norway and China. The movie is expected to be launched internationally in 2018.

“We are so excited to participate in the creation of this international movie,” says Denis Doré, Squeeze’s president and co-founder. “The studio just celebrated its fifth year -- so the timing is perfect! We are ready to show our know-how to the world and push the quality to give life to characters that will become memorable.”

Squeeze’s contribution to the movie includes the creation of the characters and the animation. The team is led by Patrick Beaulieu, Squeeze’s creative director and co-founder. Beaulieu has teamed up with major international partners on more than 50 films, video games and advertising projects since the foundation of the studio, and is also the co-creator of Cracké, Squeeze’s new original TV series. Éric Lessard is leading the animation team. Prior to becoming Squeeze’s animation director in 2012, Lessard spent 12 years working for DreamWorks Animation, where he occupied senior roles in movies such as Shrek and Madagascar.

Troll, the Tale of a Tail follows a young troll boy, who -- seeking to impress his father -- puts his trust in his evil cousin, accidentally turning the beloved reigning King into stone. His action plunges the whole troll world into jeopardy, falling apart under the cousin’s rule. The boy must go on a quest to bring his father back to life and save the troll world from a terrible fate at the hands of its new, evil ruler.

Watch the teaser trailer for the film in the player below:

In addition to Munroe, other key production personnel include: