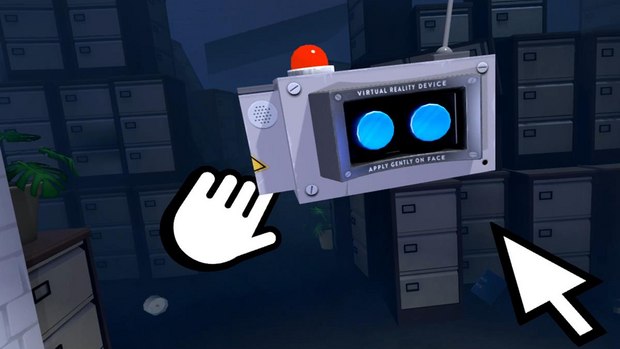 Available this month on HTC Vibe, the new game is called Accounting, and will be available for download this month at ACCOUNTINGVR.COM. Watch the game trailer in the player below, and check out the full press release further down:

This is Accounting for HTC Vive.

Numbers. What do they mean?

The modern field of Accountancy is a serious and honorable profession. Many human beings have spent their lives toiling over the hard science of numbers. Thousands have died so that we may get to the level of understanding that we have today. Thousands have died. However, as Accountants and Numbersmiths embraced the abacus and the calculator, today we must embrace the latest technological advancement.

In early 2016, three highly qualified Accountants came together to see what potential economic savings and visualisations could be achieved with The HTC Vive. These Accountants were quickly and discreetly discarded to be replaced by award-winning game studio Crows Crows Crows and the newly announced VR studio Squanchtendo, to create the ultimate electronic number-crunching program.

Let’s get one thing straight: Accountancy is a mature profession and is not for children. Accounting for the HTC Vive is a Professional Video Game Simulation -- a brainchild of the following incredibly serious people:

William Pugh
@HonestWilliam
William is the Designer behind IGF winning game The Stanley Parable. He used to make games but now he runs his studio Crows Crows Crows & drafts these press releases all day. Help me help me please help me i’m trapped get me out of here--

Dominik Johann
@zerstoerer
Dom is a visual artist based in Germany and the Art Director at Crows Crows Crows. He knows all about making things look nice using brushes and eyeballs. Justin Roiland
@Squanchtendo
Justin is co-creator, writer and voice actor on the television series Rick & Morty and Chief Creative Officer of Squanchtendo. You know him. We don’t even know why are we even introducing this guy. You know Justin. This is him.

Q: GET OUTTA HERE! WHAT ARE YOU DOING HERE! GET OUT OF MY WORLD! THIS IS MY TREE WORLD!!

A: Very good question. After lying to Justin Roiland about working at a larger and more professional studio, William Pugh began talking to Justin in late 2015 about the possibility of collaborating on a short VR game. In March 2016, both William & Dom of Crows Crows Crows flew out to California to jam out the game with Justin in ONE WEEK. It was a serious and professional experience fueled by the vibe and food of Los Angeles (shout-out to KIVA CHOCOLATE).

A: Yes! Accounting emerged from a strange collaborative relationship between both studios. The game itself is mostly a product of sticking William, Dom, & Justin in a room for a week -- but they had a lot of help from Tanya Watson (Squanchtendo) who handled Production & PR and Sean O’Dowd (Crows Crows Crows) who coded from the sunny beaches of Australia.

A: You’ll be able to download Accounting very soon from Steam. We’re putting it out as a complementary experience ($0.00) in exchange for the undying love and gratitude of humanity.

To be the first to get your hands on it, visit ACCOUNTINGVR.COM.