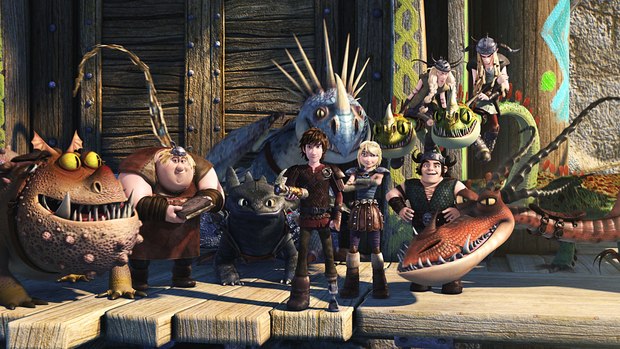 NBCUniversal has announced that its preschool network Sprout is being rebranded as Universal Kids and expanding its lineup to include programs for kids ages six to eleven after 6:00 p.m.

Universal Kids will go live on September 9, 2017 as a destination for kids and family programming, including DreamWorks Animation television series, unscripted entertainment, live-action scripted originals and proven international hits. The DreamWorks Animation collaboration kicks off with the launch of two Emmy Award-winning series: All Hail King Julien and DreamWorks Dragons: Riders of Berk, based on the popular How to Train Your Dragon feature film franchise.

Sprout will live as a preschool destination on the Universal Kids channel and will continue to add original programming to its slate. July 2017 will mark the launch of Kody Kapow, which joins Floogals, Dot., Nina’s World, and Noddy Toyland Detective.

“We see enormous potential to grow our audience in this space and create the Universal Kids platform for families to experience together,” said NBCUniversal Cable Entertainment Lifestyle Networks president Frances Berwick in making the announcement. “NBCUniversal is invested in the kids and family business, and the company believes in working together -- we will benefit from promotion across our portfolio of networks and across the company through support that is unparalleled in the industry.”

Deirdre Brennan, General Manager, Universal Kids, made it clear that the expansion and rebranding are an evolution, not a replacement: “The launch of a channel that represents the world of NBCUniversal family brands with great TV content at its center makes tremendous sense for our business,” she said. “Just as children grow, Sprout is growing into Universal Kids -- and we will reflect all that is universal about being a kid through connection, storytelling and entertainment.”

Universal Kids will be available in over 59 million homes. Sprout’s preschool content will live on as a daily programming block for preschoolers from 3:00 a.m. to 6:00 p.m. available for kids and families across air, online, On Demand and the Sprout Now and Sprout Playground mobile apps.