Bikini Bottom mourns as the creator of the beloved Nickelodeon animated series succumbs to ALS. 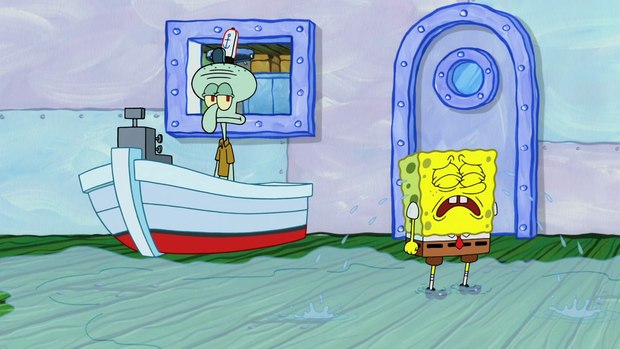 The cause of death was the rare terminal illness amyotrophic lateral sclerosis, also known as ALS or Lou Gehrig’s disease, which affects nerve cells in the brain and the spinal cord. Hillenburg disclosed he had been diagnosed with ALS approximately a year-and-a-half ago, while still in the early stages of the disease. At the time, he said he would continue to work on SpongeBob SquarePants “for as long as I am able,” adding, “My family and I are grateful for the outpouring of love and support. We ask that our sincere request for privacy be honored during this time.” Hillenburg directed, produced, and wrote SpongeBob SquarePants, which premiered in 1999 and went on to become one of the longest-running American television series as well as the highest-rated show ever to air on Nickelodeon, winning two Emmy Awards and six Annie Awards along the way. He took a hiatus from the series to direct The SpongeBob SquarePants Movie, which was released in 2004, handing over the role of showrunner to longtime creative partner Paul Tibbitt. He returned to the franchise for the film’s 2015 sequel, The SpongeBob Movie: Sponge Out of Water, which he co-wrote and executive produced.

“We are incredibly saddened by the news that Steve Hillenburg has passed away following a battle with ALS,” Nickelodeon said in a statement. “He was a beloved friend and long-time creative partner to everyone at Nickelodeon, and our hearts go out to his entire family. Steve imbued SpongeBob SquarePants with a unique sense of humor and innocence that has brought joy to generations of kids and families everywhere. His utterly original characters and the world of Bikini Bottom will long stand as a reminder of the value of optimism, friendship and the limitless power of imagination.”

SpongeBob SquarePants was first conceived as a way to keep students engaged at the Orange County Marine Institute in Dana Point, where Hillenburg landed his first job out of college as a marine biology educator. The iconic sponge made his debut as the star of “The Intertidal Zone,” a comic book Hillenburg wrote and drew as a science lesson.

On Tuesday, Nickelodeon asked fans to take a moment of silence in Hillenburg’s memory on its Twitter account:

 We are sad to share the news of the passing of Stephen Hillenburg, the creator of SpongeBob SquarePants. Today, we are observing a moment of silence to honor his life and work. 