Underperforming Nickelodeon show will shut its Palace Theatre doors less than a year after December opening. 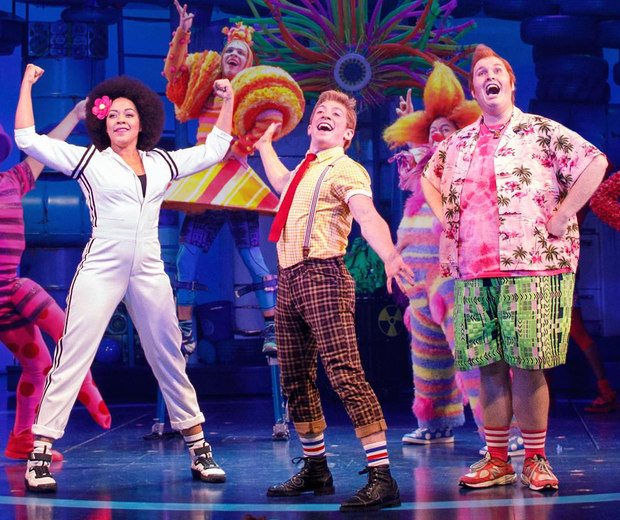 SpongeBob SquarePants: The Broadway Musical will be closing its doors on September 16th, according to a report on Adweek. The musical, based on the hit Nickelodeon series, garnered generally positive reviews and was recently nominated for 12 Tony Awards, more than any other musical this season, winning one, for David Zinn’s scenic design. However, the show closes less than a year after opening, and has reportedly underperformed financially, failing to recoup the $18.35 million production capitalization it reported in a Securities and Exchange Commission filing.

According to producers, a complex re-development of the Palace Theatre, which involves raising the theatre above a planned retail shopping space, necessitated the show’s closing. However, it’s safe to say Nickelodeon would have relocated to another venue had the show performed better at the box office. The network showcased the musical at its March upfront event, also held at the Palace Theatre. Then Nickelodeon Group president Cyma Zarghami told Adweek, “The SpongeBob musical is an incredible example of how great IP at the center can serve the audience on every platform, and by the way, expand the footprint of that audience into families and adults.” In June, Zarghami exited after three decades at the studio.

The announced closing means the show’s Broadway run will end only six months after being publicly heralded to advertisers by studio brass, a rare blip in the success of a franchise that since its 1999 debut, has generated big TV viewership, a huge fan base, two movies with a third on the way next year and more than $13 billion in merchandising revenue.

Nickelodeon said early next year it would make rights to the show available to schools and youth groups. They also stated the show would begin a North American tour later next year.

The show, conceived and directed by Tina Landau, opened last December. It features a number of original songs by top musicians like John Legend, Lady Antebellum, Panic at the Disco! and Aerosmith’s Steven Tyler and Joe Perry.