Charity was founded by a woman in Wales after her husband and son were killed in a car crash and their organs used to save multiple lives. 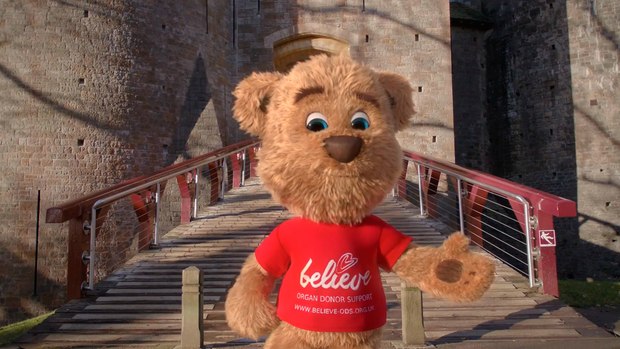 Splash Entertainment produced a PSA for the Wales-based group Believe: Organ Donation Support, that will be shown in the United Kingdom.

LOS ANGELES -- Splash Entertainment has completed work on a public service announcement that will run in the United Kingdom and is designed to educate children and parents on organ donation, in support of Believe: Organ Donation Support.

Anna-Louise Bates of Cardiff, Wales, set up the Believe: Organ Donation Support charity after her husband, Stuart, and 7-year-old son Fraser were fatally struck by a car in December 2015. She has been working with Mike Young, CEO of Splash Entertainment (Norm of the North, Kulipari), to create an animated film to help spread the charity’s message.

The short film, scripted by Bates and voiced by two local Cardiff schoolchildren in both English and Welsh, will initially be screened in schools across Wales, with plans for a U.K.-wide campaign later this year. The charity’s aim is for the animated film to be made available as a teaching resource to all primary schools in Wales, in an attempt to destigmatize the subject of organ donation and get young children and their families talking about it.

The film carefully broaches the topic of how organ donation can save lives. In the case of young Fraser, his organs went on to save the lives of four people. The story is told through the animated version of the Believe charity mascot, Fraser Bear -- the nickname Anna-Louise and her husband had given to their son.

Young, whose animation work has won several Emmy and BAFTA awards, flew to Cardiff from his home in Los Angeles to unveil the animation.

”It was important that we create a film which both engages kids while also sending the message that organ donation can save lives,” said Young. “I know of no better way to reach kids and their parents than through a warm and friendly animated character. The fact that Fraser Bear is based on a young boy who passed away too soon makes this an especially personal project.”