Splash’s ‘Sabrina’ Flies to the U.K. 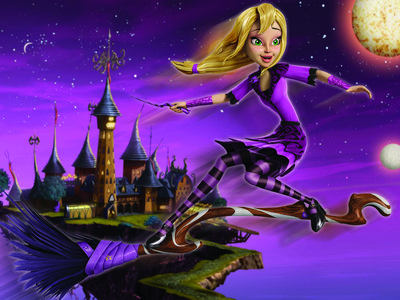 “POP’s target audience is 4-9 year-old girls and boys which is the perfect home for Sabrina,” said Mevelyn Noriega, President of Distribution at Splash Entertainment. “We look forward to spreading the magic of Sabrina: Secrets of a Teenage Witch throughout the United Kingdom thanks to our partnership with POP.”

The animated series follows Sabrina, a half-witch and half-human, and all super hero, who leads two vastly different lives: one disguised as a normal, klutzy high school student and the other as the top sorcery student in the magical world. When her two worlds collide, Sabrina is the only one who has the power to battle her foes, while managing to keep her magical identity a secret from humankind. Ashley Tisdale voices Sabrina for the U.S. and English speaking territories.

POP was acquired by Sony Pictures Television in August 2014, joining a roster of programming dedicated to providing non-stop entertainment for a vast variety of audiences, with channels including Sony Entertainment Television, Movies4Men, Movie Mix, and True Entertainment. POP is available on Freesat 125, Sky 616 and Freesat 603.