Splash Entertainment’s ‘Norm of the North’ Headed to China 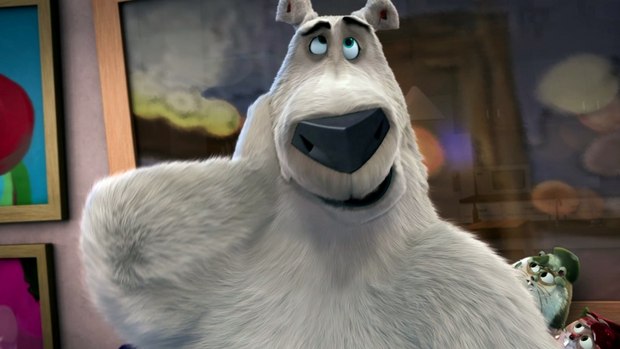 LOS ANGELES -- Following the recent U.S. release of the animated family feature film Norm of the North, (distributed by Lionsgate) which premiered theatrically January 15th, Nicolas Atlan and Mike Young, Co-CEOs of Splash Entertainment, announced that the company has signed a new deal with Yang Yang Pictures Corporation, Ltd. of Shanghai whereby the company will serve as a major investor for the film release in China. As part of this new partnership with Yang Yang and Splash Entertainment, Chinawood Media Corp., a leader in the China film market, will distribute Norm of the North throughout the Republic of China, including Hong Kong, Macau, and Taiwan. Norm of the North is slated for a theatrical release in China in April 2016.

“To date, Norm of the North has been sold to more than 70 countries around the world. Now with Chinawood as a partner, along with Yang Yang Pictures as a major investor, we are confident that Norm of the North will continue to climb the box office with record numbers in China,” commented Young.

“Opening only one week ago in U.S. theaters and garnering an A- CinemaScore with children under 18, we are pleased to offer this successful family film that provides a universal message to audiences around the world,” added Atlan. “As the first feature film from Splash Entertainment, we believe that China offers a gateway to a vastly growing market within the film industry and we are excited about these new partnerships.”

“Splash Entertainment is a very well-known animation company around the world and we always want to work with a partner like this. We look forward to a long-term relationship in the future,” stated Yang Yang’s Chairman Mr. Han Tao. “In addition, Norm of the North is full of happiness animation. We have great confidence for its performance in China.”

“Yang Yang was looking at an opportunity to get involved in Norm of the North thanks to Splash Entertainment and Lionsgate. Yang Yang and I are excited about partnering with Mike Young and Nicolas Atlan at Splash entertainment to exploit this picture in China and build a solid, long-lasting franchise,” noted Silvio Astarita, of Silhouette Media Group in Canada, who secured the deal.

Norm of the North follows the exploits of Norm, a fun-loving polar bear, and his three ragtag lemming pals in their bid to save their Arctic home. Traveling to New York City they take on the big apple, big business, and a big identity crisis in an effort to save the day from a maniacal land developer.