Produced with the insight of more than 90 children, ‘Tellur Aliens’ is one of the first projects to be produced in Kazakhstan and offered through a U.S. distributor. 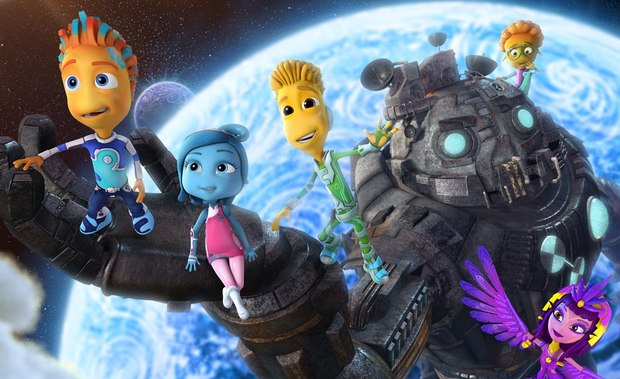 LOS ANGELES -- In advance of MIPCOM, Mevelyn Noriega, President of Distribution for Splash Entertainment, announced that the company has just secured the exclusive distribution rights to the Kazakhstan-based Frame One Animation family film Tellur Aliens. This animated action/adventure family film, set in a beautiful and mysterious Universe with unseen worlds and inhabitants, follows the incredible adventures of three school friends in their mission to overcome obstacles while working to save their beautiful planet Telluria. Their quest will bring the best out of our heroes as they work as a team to defeat the evil Lord Singulord.

“Tellur Aliens was developed with the participation of children psychologists and pediatricians and it takes into consideration all aspects of children’s physical and mental development,” commented Noriega. “The film is targeted for children aged 6-11 and we are honored to be offering this wonderful title to our international buyers around the world.”

“Tellur Aliens had been produced with a profound framework of cinematic storytelling. It has humor, drama, moral values, fun and mind-blowing adventures together with immersive visuals,” added Mira Soullen, producer of Tellur Aliens. “The fictional world of Telluria sets stage for limitless story possibilities and will definitely spark the imagination of the young audience.”

When three school friends -- Vic, Zag and Ellie -- first learned that Singulord, the most dangerous being in the universe, had infiltrated their planet Telluria, they could not have imagined that their ordinary lives were about to take a dramatic turn. Suddenly, the three friends find themselves swept up in a series of incredible adventures. New friends, lost worlds, galactic mysteries and unforeseeable perils are just the beginning of the extraordinary story of saving the beautiful planet Telluria.