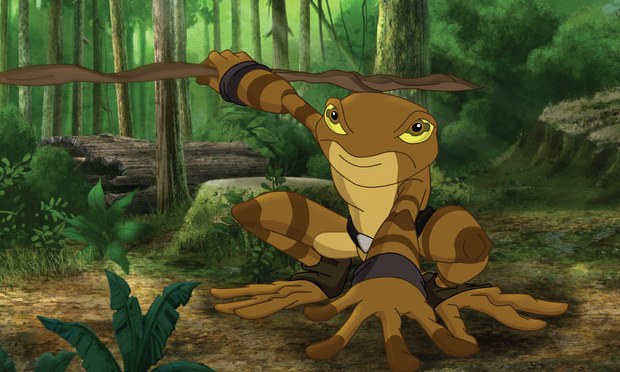 Los Angeles, CA -- Given the tremendous amount of interest following the announcement last September of the first three titles Kulipari: Army of Frogs  (I, II & III), based on the book An Army of Frogs, Nicolas Atlan and Mike Young, Co-CEOs of Splash Entertainment, LLC and Trevor Pryce, Principal at Outlook Company who owns the Kulipari franchise, announced they plan to produce three additional animated Kulipari mini-series movies. Based on a trilogy of books by former NFL Superstar Pryce and created out of his fear of frogs as a child, the new titles announced include, Kulipari: The Rainbow Serpent (1 x 66’), based on the second book in the trilogy of the same name, and Kulipari: Amphibians End I & II (2 x 66”), based on the third book Amphibians End, which is set to be released this summer by Abrams Books.  Splash Entertainment will be handling distribution for all 6 x 66’ Kulipari mini-series movies.

Additionally, it was announced that Mark Hamill (Star Wars, The Flash) Keith David (Crash, Community), Wendie Malick (Hot In Cleveland, The Emperor’s New Groove), and Josh Keaton (Hercules, Green Lantern: The Animated Series) have been signed to star as voice talent for all six titles.

“We are pleased with the ongoing development from Splash Entertainment on the additional Kulipari films, as well as the market’s acceptance across other platforms,” stated Pryce.  “In April, Outlook Company will be launching Kulipari: Batallions, a mobile app created for IOS/Tablet/Android devices, and on the licensing front, we have recently signed a deal with Under Armour who will be releasing their first products this coming May.”  Added Pryce, “Outlook Company is also in final negotiations with a master toy partner and we hope to be able to make that announcement shortly.”

“In the last few months we have come to learn first hand that kids love both frogs and heroes.  The artistry and beauty of the Kulipari animation is without a doubt a recipe for success,” commented Atlan.

“We are very proud to be associated with Trevor and his Kulipari franchise.  This type of collaboration is something that creative teams often find elusive and we are thrilled to have found the perfect partner,” added Young.

Kulipari takes place in a fantasy version of the Australian outback where the peaceful amphibians are attacked by an army of scorpions and spiders. It’s a story of bravery and heroism as an unlikely hero saves them all from certain extinction.