Limited edition Blu-ray, book and CD include original theatrical trailers, storyboards, TV spots, and a look behind the microphone during the making of Studio Ghibli and Hayao Miyazaki's seminal, Oscar-winning animated film. 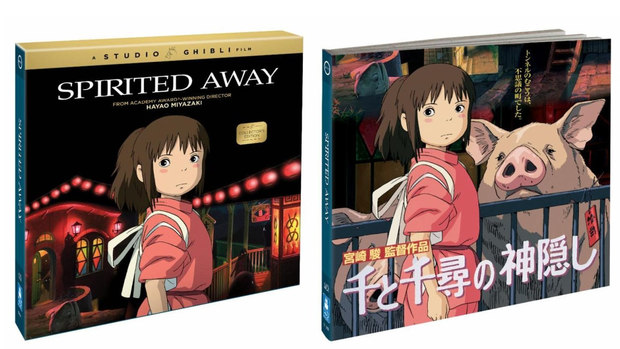 Studio Ghibli, GKIDS and Shout! Factory have announced they’ll be releasing a newly packaged Spirited Away collector’s edition this coming November 12. The limited-edition comes with a book featuring art and essays, the Blu-ray, paired with hours of special features, and the film’s soundtrack on CD, now available on disc in North America. The set is available for pre-order here.

Produced by the legendary Studio Ghibli, Spirited Away is a best-selling and internationally renowned film that became the highest grossing film in Japanese history during its 2001 theatrical release. This epic adventure garnered a Best Animated Feature Oscar for Hayao Miyazaki, one of the most iconic filmmakers in animation.

The collector’s edition comes with a 40-page book including essays by film critic Kenneth Turan (The Los Angeles Times), critic and film historian Leonard Maltin, and statements by Toshio Suzuki and Hayao Miyazaki. Spirited Away is perfect for both collectors and animation fans.

Chihiro’s family is moving to a new house, but when they stop on the way to explore an abandoned village, her parents undergo a mysterious transformation and Chihiro is whisked into a world of fantastic spirits ruled over by the sorceress, Yubaba. Put to work in a magical bathhouse for spirits and demons, Chihiro must use all her wits to survive in this strange new place, find a way to free her parents and return to the normal world.