Led by VFX supervisor Jeff Campbell and supervising VFX producer George Macri, SpinVFX delivers nearly 150 shots to help bring to life the remarkable true story of the 33 survivors of the Chilean mine disaster. 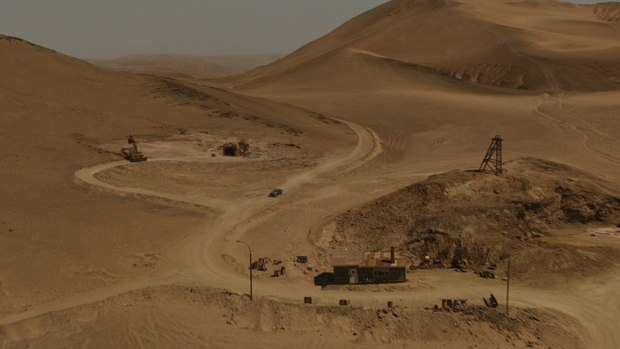 Spin VFX, which has created stunning visual effects for over 75 features and 15 television series, including Emmy award-winning work on HBO’s Game of Thrones and most recently work on Columbia Pictures’ upcoming feature release, The 5th Wave, recently created a host of VFX work for Warner Bros.’ The 33, the remarkable true story of the 33 survivors of the Chilean mine disaster which has stirred the hearts of many and proved how enduring hope can be.

Disaster struck on August 5, 2010, as a copper and gold mine collapsed in Chile, trapping 33 men underground. With more than 2,000 feet of rock in their way, members of a rescue team work tirelessly for 69 days to save the seemingly doomed crew. Beneath the rubble, the miners begin an epic quest to survive, contending with suffocating heat and the need for food and water. With family, friends and the rest of the world watching, it become a race against time and a true test of the human spirit.

“Reconstructing the magnitude of the collapse was challenging and exhilarating,” said SpinVFX president and executive producer Neishaw Ali. “We would like to thank Alex Henning and Magdalena Wolf for their creative direction and collaboration in realizing Patricia’s incredible vision. Our team did an incredible job and worked tirelessly to bring the traumatic experience and daring rescue to life.”

VFX supervisor Jeff Campbell and supervising VFX producer George Macri led the SpinVFX team to deliver close to 150 shots to create a fully CG interior mine environment, augment construction vehicles and tools assisting in the search and rescue, and to bring the dramatic Megastone collapse to life. Multi-layered large-scale dust and debris simulations and dynamics brought the destruction to life to tell the harrowing story from the perspective of the trapped men.

“It was a pleasure to work with Alex and our team to realize the complex CG destruction sequences,” Campbell commented. “We established early on that we needed to set up efficient ways of working with the massive sims that would not impede our creative process. We’re extremely proud to showcase our talents in handling significant CG heavy shots.”