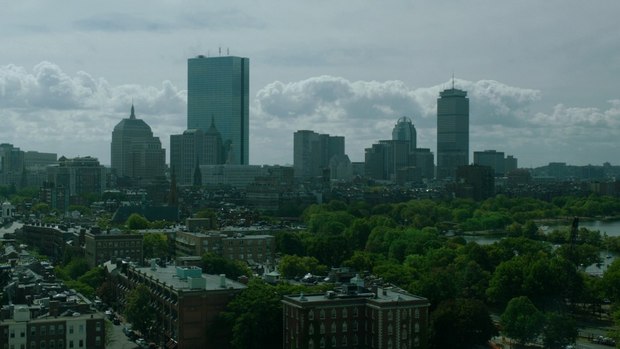 TORONTO -- Spin VFX, which has created stunning visual effects for over 75 features and 15 television series, including Emmy award-winning work on HBO’s Game of Thrones and most recently work on Columbia Pictures’ upcoming feature release The 5th Wave has announced their work on the Golden Globe nominated drama Spotlight.

“Spotlight is one of those movies that tugs at your heartstrings and you want to help out any way you can the moment you read the script. It’s very rewarding to be able to support this level of poignant storytelling with invisible visual effects. Thank you to the Producers for the opportunity, especially Michael Bederman who is always collaborative and supportive,” commented Neishaw Ali, Spin President and Visual Effects Executive Producer (The 5th Wave, Point Break).

The team led by VFX Supervisor Colin Davies and VFX Producer George Macri delivered seamless invisible effects for over 100 shots consisting of period specific matte paintings and seasonal augmentation, both for weather and foliage, as well as paint and compositing work required to establish Toronto for Boston

“Working with Tom and his team was a real pleasure. Right from the start there was a very clear understated visual style that was designed to keep the focus completely on the story. Our work was all about supporting that aesthetic by being completely invisible to the audience and to simply ensure that everything felt like Boston at that moment in time. I am personally very proud our team was part of this important film,” added Colin Davies, VFX Supervisor (The Signal, All is Lost).

In 2001, editor Marty Baron of The Boston Globe assigns a team of journalists to investigate allegations against John Geoghan, an unfrocked priest accused of molesting more than 80 boys. Led by editor Walter “Robby” Robinson (Michael Keaton), reporters Michael Rezendes (Mark Ruffalo), Matt Carroll and Sacha Pfeiffer (Rachel McAdams) interview victims and try to unseal sensitive documents. The reporters make it their mission to provide proof of a cover-up of sexual abuse within the Roman Catholic Church.