Company believes its move to snag the ‘Chop Chop Ninja’ and ‘My Goldfish is Evil!’ producer will strengthen its foothold in the international animation marketplace. 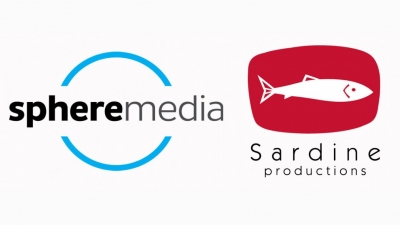 Sphere Media, a Canadian company focused on film and TV content creation, production, and distribution, has acquired Sardine Productions, the animation studio behind Chop Chop Ninja, My Goldfish Is Evil!, and ToonMarty.

Last week, Sphere said on its website that the move will allow the company to increase its original animation content offerings for international markets. (The three aforementioned titles have already secured sales in over 200 territories across the globe.) Sphere also expressed intent to bolster its global network of designers and production partners, especially in Asia and Europe.

“We are privileged to be welcoming the Sardine Productions team to the Sphere Media family,” Sphere media president and CEO Bruno Dubé said in a statement. “By joining our already existing talented animation team, the Sardine team is sure to help us further extend our creative footprint and expand into promising new markets thanks to quality original content.”

Ghislain Cyr, who founded Montreal-based Sardine Productions in 2002 and currently serves as its president, added: “I’m very pleased to see Sardine join a leading group like Sphere Media, with which we share a common vision of creation and commercialization of original animation content. Besides helping us accelerate development of a number of new original productions, this alliance will multiply opportunities for international distribution of our existing content catalogue.”

Sphere’s presence in the animation space had been steadily growing prior to its latest acquisition. Its business unit, Oasis Animation, is the largest 2D studio in Quebec, and is highly active within the U.S. market and outside of North America.